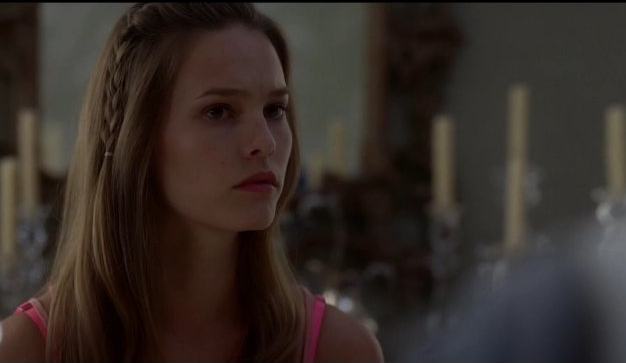 Good news for fans of Andy’s adorable half-faerie daughter Adilyn Bellefleur. ABDC aka Adilyn, will be sticking around for awhile. Or at least, the rest of the series. Which, incidentally, has only one season remaining. Bailey Noble who plays Andy’s daughter has been upgraded to series regular for True Blood season 7.

HBO announced today that season 7 of True Blood will be its last. The final season will air 10 episodes in 2014 for the Summer. It’s the end of an era. I welcomed the end of Twlight but I have to say, I’m going to miss my HBO vampires. The series may have struggled in the middle but this past season of True Blood was one of the best in a long time. We’ll certainly miss Eric Northman.

END_OF_DOCUMENT_TOKEN_TO_BE_REPLACED

The question on everyone’s minds after Sunday’s shocking season finale of True Blood is…”Was Eric just killed off??” I mean, sure. We got to see Alexander Skarsgard sunbathing in the nude but that did little to calm the fans down when it appeared that Eric met the True Death.

True Blood showrunner Brian Buckner has put the rumors to rest and confirms the fate of Eric for season 7.

END_OF_DOCUMENT_TOKEN_TO_BE_REPLACED

It’s been a few hours since the season finale of True Blood aired and I still can’t wrap my mind around what I just saw.

Who didn’t make it to season 7? What other major happenings occurred during a game changing final half hour?

END_OF_DOCUMENT_TOKEN_TO_BE_REPLACED

It’s hard to believe but the season 6 finale of True Blood will officially air tomorrow night. With so many rumors swirling on who may or may not make it to next season, the tension is definitely in the air for fans. I’m a nervous wreck. My favorite characters seem to drop like flies on this show.

In case you can’t wait until tomorrow night, we’ve got a few sneak peek clips of the episode as well as 5 spoilers for the episode. The most talked about spoiler includes a “provocative” scene with Alexander Skarsgard.

Check out the sneak peeks and spoilers for True Blood 6×10 “Radioactive.”