Following the news last night that ABC Family has renewed Switched at Birth for a fifth season, we caught up with series star D.W. Moffett to share in his excitement for the renewal. We talk about the upcoming fall finale next week, ABC Family’s transition into Freeform, and his hopes for the show moving forward into the new season.

Read on for our exclusive new interview with D.W. Moffett below:

END_OF_DOCUMENT_TOKEN_TO_BE_REPLACED

D.W. Moffett stars as John Kennish on the hit ABC Family series Switched at Birth. The show has kicked off a new season that is better than ever. In fact, the original drama has been a ratings hit this year — with the new season scoring its most watched telecast in over 1 and a half years.

We had the chance to chat with D.W. about the current fourth season of the show, directing another episode, and the emotional storyline he feels is an important one to tell.

END_OF_DOCUMENT_TOKEN_TO_BE_REPLACED

Many of you will recognize D.W. Moffett for his roles in Friday Night Lights, Happily Divorced, and of course, Switched at Birth. D.W. plays the role of John Kennish on the hit ABC Family original drama series. With talents that extend to both the stage and screen, D.W. Moffett is branching out to his first passion — directing. The accomplished actor will be taking on the role of director for this Monday’s upcoming episode of Switched at Birth.

We had the pleasure to once again chat with him about season 3 of the show, what it was like directing his friends and cast mates, and what his hopes are for the show moving forward. And of course, we had to get some scoop along the way.

Read on for our interview with D.W. Moffett below:

END_OF_DOCUMENT_TOKEN_TO_BE_REPLACED

Interview with D.W. Moffett on ‘Switched at Birth’ – Exclusive

Many of you will recognize D.W. Moffett for his roles in Friday Night Lights, Happily Divorced, and of course, Switched at Birth. A man of both stage and screen, D.W. excels both in front of the camera and behind the scenes.

D.W. stars as John Kennish in the groundbreaking hit ABC Family drama series Switched at Birth. We’re thrilled to announce we once again had the chance to chat with him about the upcoming new season. He reveals what’s in store for John Kennish when the series returns as well as the incredible fan support behind Happily Divorced.

END_OF_DOCUMENT_TOKEN_TO_BE_REPLACED 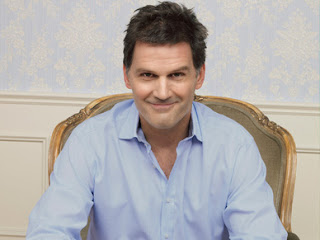 Many of you will recognize D.W. Moffett for his roles in ABC Family’s hit drama Switched at Birth and fan favorite Happily Divorced. With an impressive amount of roles in both stage and screen, his career is exceptional. Couple that with being fans ourselves, we’re incredibly happy to announce we got the chance to chat with him about the upcoming season of Switched at Birth, who he would love to work with, the possibility of returning to Broadway, and a very welcome scoop on a return to Happily Divorced..in more ways than one!

Pop City Life: I first want to congratulate you on Switched at Birth being renewed for a second season.We’re so happy for you guys! How did you react to the news?

D.W. Moffett: I have to say, honestly, that the entire cast was expecting a pick-up, as the show has performed so well for the network (and continues to win awards….every network likes that). That said, it is always a moment of great joy and gratitude that your work is recognized and validated…and that you’ll have a job for awhile!

PCL: Switched at Birth is a series so unlike anything else on television. It’s able to bring awareness to the deaf community, while also delivering story-lines that everyone can relate to and enjoy. What’s it like being apart of such a groundbreaking show?

D.W.: As actors, we unfortunately have so little control over what we do and when we do it. We can only really control how we do it. Go to work every time and do your absolute best. So, when that effort miraculously winds up on a show that is good and supported and groundbreaking and lauded
and watched…it is truly a blessing. One for which I am grateful every single day.

PCL: Switched at Birth is not only a fan favorite of ABC Family viewers, but among our readers as well. Were you surprised when it became a huge hit overnight?

D.W.: Yes and no. I thought, after reading the pilot “Wow…if America can get its head around the signing (Americans are historically very resistant to sub-titles)…we’re really going to have something here.” And it did…and we do. Still it’s always a surprise to wind up on a hit…a wonderful surprise.

PCL: While John Kennish is still learning to sign on the show, we were wondering if you have been picking up any sign language along the way?

PCL: We’re huge fans of Lea Thompson as well and love seeing her on the show. The great thing about this series is that it features such a talented and accomplished cast while also providing a spotlight for some new faces (Katie Leclerc, Sean Berdy). What’s it like working with the group?

D.W.: I know I’m sounding like the broken gratitude record but it is truly a gift to have such a talented and NICE cast. I can’t tell you what a difference it makes to come to work everyday and work with people that you actually like. No one is trying to out-diva anyone, everyone is generous, everyone is thoughtful and very talented. Nice gig if you can get it! OH…and before I forget…let ME just say what a huge fan of Lea’s I am as well.

PCL: Last season we saw that John and Kathryn were going through a hard time in their relationship. Will we be seeing some more trouble in paradise this season?

D.W.: Yes…and yes. Can’t really reveal too much…but our showrunner Lizzy Weiss is so good at giving all the adults wonderful story-lines and true, honest conflict. That dynamic continues.

PCL: The biggest thing I’ve heard fans talk about in regards to the new season is the image of Regina in a wedding dress. Last season she was told Angelo’s problems would go away if she agreed to be married to him. What can we expect with Angelo back in the picture?

PCL: Is there anyone you’d love to work alongside with or see guest star on the show? If so, what role would you like them to play?

D.W.: I would like to see Tom Cruise play a maniac father of a deaf athlete at Carlton whom John has to have words with culminating in a showdown…sound fun?

PCL: What else can you tease about the new season? What can we expect from John Kennish when the show returns?

D.W.: You can expect to see John continue to stumble his way through trying to manage this zoo that has parked itself at his house…and do it with as much compassion and grace as he can muster!

PCL: Fans who are familiar with your earlier work will remember that you appeared on Broadway. Do you have any plans to return to a production in the future? Do you miss it?

D.W.: I do miss the stage. It’s harder to commit to do plays now that I have a family and kids in school and commitments here and there, but YES I will tread the boards again!

PCL: Is there any role, on Broadway or off, that you would love to play?

D.W.: Would love to try my hand at The Physicists by Friedrich Durrenmatt.

PCL: I also loved your appearances on Happily Divorced. I was so sad when Elliot and Fran broke up. What’s it like working with Fran Drescher? Do you think there is any possibility your character could return to the show?

D.W.: I AM returning and will also be directing on Happily Divorced I am very pleased to announce here!

We want to thank D.W. for taking the time to chat with us. We really appreciate it!

Be sure to tune in to a Switched at Birth marathon event, followed by the Fall premiere, September 3rd on ABC Family!