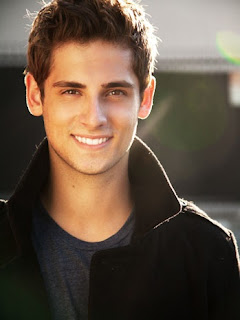 Pop City Life: First of all, I want to congratulate you on getting renewed for a second and third season!

PCL: How does it feel to have the show be such a hit that it gets renewed for season 3 before the second season even airs?

JLB: It’s such a blessing because I know it’s a once in a lifetime experience to find out that you’re getting picked up for another season before you’ve even finished the prior season. It doesn’t happen very often at all. That experience to be told the news with the cast and crew, to share the experience, it was honestly such a good feeling. I’m so stoked for everyone to see the new season.

PCL: What originally attracted you to the role of Ben? Would you say you’re like your character at all?

JLB: Yeah, I think so. I ground a lot of my choices and base them off of what I would do in real life. We both make mistakes and learn from them. That’s a big thing that Ben has to overcome in every episode. Find a solution to figure it out, learn a lesson, and become a better guy for it. I like that about Ben. He can be kind of bad sometimes but he makes up for it and people love him and I think he’s really sweet. It’s a fun character to play.

PCL: You guys have such great chemistry and the cast is so talented. It’s been awesome seeing some guest stars like Greg Grunberg. Will we be seeing any new faces this season? 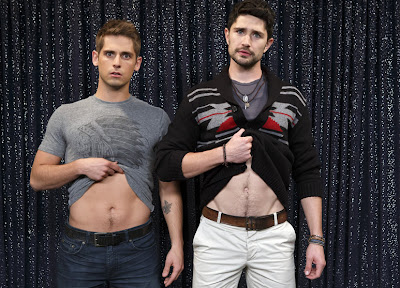 JLB: Yes! Greg’s amazing. Such a good guy. We love having him on the show. We have a bunch of new faces this season. Lacey Chabert sticks around for 5 or 6 episodes. She’s a big part of the season. Wayne Brady is in one episode. He’s so funny.

Matt Dallas who I worked with on Kyle XY back in the day. It was awesome getting to work with Matt again. We have a lot of really great actors coming up and highlighting every episode. It’s a really good season. I think we’ve stepped up the game.

PCL: The Kyle XY reunion is probably what I was tweeted about most regarding this interview. Most people wanted to know if you keep in touch with your cast mates.

JLB: Yeah, we do actually. I just talked to April last night. We all stick together pretty good. We all were on the same level I think when we were on that show. We all grew. It was really cool, especially from my perspective because I was a kid. I started working on that show when I was 15. Going from there to now and building my relationships with them, they’re great. Having Matt on the show was awesome. It was so good to work with him again.

PCL: I loved that show.

PCL: After working with two amazing casts, is there anyone you’d love to work with someday?

JLB: Oh man. I would wanna work with Jim Carrey over anybody. He’s why I started performing. I used to imitate him a lot as a kid. I always loved Jim Carrey, he can do no wrong in my eyes. I would love to work with him. That would be like an extreme blessing/learning experience. I would totally enjoy that.

PCL: Would you say he’s influenced or inspired you as an actor?

JLB: Yeah, for the most part. Over the years I’ve grown to appreciate other actors but he’s the one, in the Ace Ventura days, I grew up with those movies. Dumb and Dumber obviously is one of the funniest movies ever made. He’s just a funny guy and really talented. I’ve always been such a big fan of him. I used to run around wearing similar clothes to him as Ace Ventura, doing his walk, imitating his lines. That’s what encouraged my mom to get me an agent. I was always performing for guests or trying to grab the attention for a good time. He’s definitely one of my biggest influences for sure. 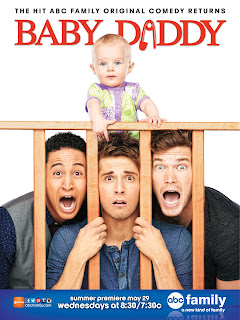 PCL: You’re participating in a tweet off with your cast mates. Any tricks up your sleeve to win?

JLB: I haven’t come up with a master plan to win the tweet off.  I think I’m just gonna post pictures of Derek (Derek Theler) with his shirt off. I live with him so I’m just going to snap some photos of him with his abs out.

PCL: Good luck! What can you tease about the new season? What’s in store for Ben?

JLB: Lots of love triangle. The love triangle between me, Riley, and Danny is growing intensity. Some places are switching and perspectives are changing. I don’t want to give away too much but it almost resolves itself I think near the end of the season which is great for the fans and for us. I’m excited for people to see that. Ben experiences love for the first time. He’s not used to that. He gets a girlfriend in part of the season and where that goes is really funny. It’s a new thing for Ben, dealing with those emotions so I’m excited for people to see it.

I want to thank Jean-Luc for taking the time to answer some questions for us. I really appreciate it! The cast returns for filming this July and in the meantime, you can tune in for the second season of Baby Daddy. Check out a sneak peek of the season premiere!

The season premiere of Baby Daddy premieres this Wednesday, May 29th on ABC Family.

Don’t forget to check out Twitter for the cast of Baby Daddy participates in a season premiere tweet-off. More details about that can be found here.