Season 7 has only just ended but Psych is already gearing up for an incredibly season 8. Being USA’s longest running scripted series, the bar is set pretty high for this show. However, with a cast as talented as this one, I’m not at all worried. I wish the show could go on forever but it’s looking more and more likely that the eighth season of Psych may be its last. 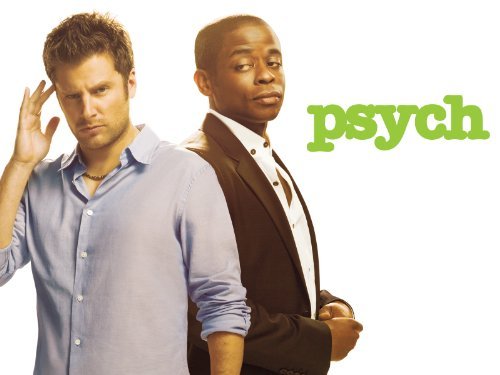 Gus is officially starting his third career it seems. Now, he’s a smooth talking host of a radio show revealing to the world that he makes love with his socks on. I have no idea what is happening in this promo but I look forward to finding out. If Gus is driving all these ladies wild, where is his girlfriend?

Check out the promo for next week’s new episode of Psych: “Dead Air.”

Uhoh! What happens when our favorite detectives end up being the prime suspects of a crime? We’re about to find out. As Shawn says in the promo for Wednesday’s new episode “Office Space“, “Dad, we really, really, really screwed up.” What could they have done?

Psych airs Wednesdays on USA Network. Be sure to tune in!

Check out the sneak peeks for this week’s new episode here:

Shawn is running for office and wreaking mayhem with his partner Bill Ofrights. This can only mean good things for viewers.

Check out these sneak peeks of this week’s new episode of Psych: “The Santa Barbarian Candidate.”

Shawn is running for office and his big contribution to society will be hot dog wieners of unusual lengths. Perhaps Shawn thinks he can deal with his breakup from Juliet if he runs for mayor? I’m not sure why he wants to bring gladiatorial justice to Santa Barbara but I can’t wait to find out.

Check out the preview promo of the upcoming new episode of Psych: “The Santa Barbarian Candidate.”