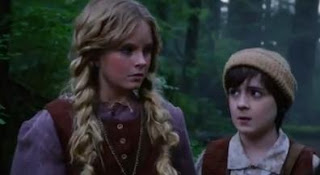 Next week’s episode of Once Upon A Time welcomes Hansel and Gretel to the messed up world of Storybrooke. Here’s a promo of what to expect in the upcoming episode: 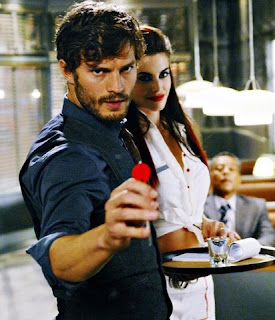 What I learned from this episode is that if you are a fairy tale character and you want to remember your fairy tale life, you should kiss Emma. Basically, this entire town is going to have to make out with Emma.

After kissing Emma, Graham begins to remember his fairy tale life. Graham was a huntsman hired by The Queen to kill Snow White. Here’s the kicker. We learn that The Queen is Snow’s step mother and is responsible for killing Snow’s father. She is now plotting Snow’s demise. Why? Well, we’re not so sure. All we get is that The Queen told her a secret and she couldn’t keep her mouth shut. Wonder what that secret was. Graham has a big ol’ heart and is unable to follow through with killing Snow. Furious that he didn’t bring her Snow’s heart, The Queen rips out The Huntsman’s for safe keeping. I guess in this world, you can live without one because he’s still kicking. She can now control him by causing him pain every time she squeezes his heart.

Graham tells Mary he thinks he knows her from another life. She directs him to Henry and his fairytale book and suddenly everything makes sense to him. He is now on the hunt for his heart. Regina catches Graham and Emma in her tomb and orders them to leave. Graham leaves her for Emma and she doesn’t take it so well. After getting in an overdue fist fight with Emma, Regina locates Graham’s heart in her tomb and crushes it to ash. Graham dies in Emma’s arms.

Nooooooo. Will we still see him in Fairy Tale land? 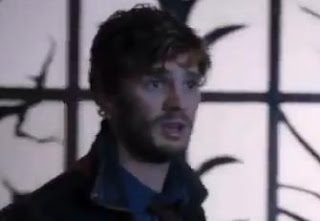 Looks like the Sheriff is starting to remember. Will that put him in danger? Check out these sneak peeks of Sunday’s all new episode of Once Upon A Time; The Heart is a Lonely Hunter.

Sage Brocklebank Joins Once Upon A Time 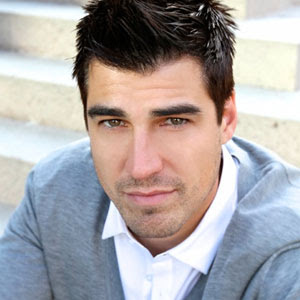 Sage Brocklebank has been cast in Once Upon A Time. He will be joining the show as everyone’s favorite jerk; Gaston.