Abby Anderson has plenty to celebrate. Hot off the release of her new single “Juicy”, the country-pop star is ready to share her debut album Sugar Spice. A sound that is self-described as Nashville-Pop, Abby’s new music is sure to please fans as both relatable and worthy of being on repeat. The album is reflective of a journey that showcases Abby’s strength and resolve and brings her closer to her listeners.

We recently had the absolute pleasure of chatting with Abby Anderson about her new album Sugar Spice, what fans can expect from her new music, her emotional and spiritual journey, her upcoming tour, and who she is geeking out to collaborate with soon.

Read on for our exclusive interview with Abby Anderson below:

END_OF_DOCUMENT_TOKEN_TO_BE_REPLACED

We recently had the chance to chat with breakout music star Shab about her latest release Criss Cross. As an Iranian refugee, Shab’s perseverance and hard work have been her most notable attribute throughout her journey.

We spoke about her inspiration to pursue music as a career, her musical influences, what her listeners can expect from her new music, and why it’s essential for her to be a role model and inspiration for her fans.

Read on for our exclusive interview with Shab below:

END_OF_DOCUMENT_TOKEN_TO_BE_REPLACED

Scotty Berg is a singer/songwriter quickly on the rise following the exciting news he has signed with Predominant Studios. Building himself from the ground up and harnessing the power of social media, Scotty has been able to build a loyal and dedicated following to share his music with.

We spoke with Scotty Berg about what his listeners can expect from his new music, his plans for a new album, and what’s on the horizon as he takes this next step in his music career.

Read on for our exclusive interview with Scotty Berg below:

END_OF_DOCUMENT_TOKEN_TO_BE_REPLACED

Christina Perri is releasing a long-awaited new single tomorrow, but you can hear it on her YouTube before you buy it! Check it out!

Fans of her first (and only) album will be pleased with the sound. She’s soft and heartbroken, but she’s learning about herself. It’s a tale of truth, that she’ll do her best, but as we all are human, we’re going to make mistakes.

I can’t wait for the new album!

Purchase the single on iTunes at midnight. (International folks, she says it’ll be available on iTunes in early 2014.) 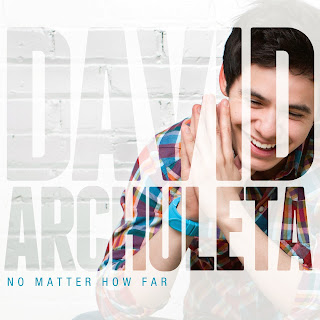