Glee To End After Season 6

FOX president Kevin Reilly has just confirmed at the 2013 TCA Summer press tour that season 6 of Glee will likely be the last. The news follows the death of Glee star Cory Monteith. The network has already outlined how the third episode back will deal with killing off the character of Finn.

Not wanting to pass up any possible chances to milk the show for all it’s worth, the boss told the press “Never say never.”

END_OF_DOCUMENT_TOKEN_TO_BE_REPLACED

Bunheads Has Been Canceled by ABC Family

Sad news for Bunheads fans. ABC Family has decided not to renew the series for a second season. The network had certainly taken their time to come to a decision, perhaps waiting to see the success of new series Twisted and The Fosters to see if it would be possible for Bunheads to return. Ultimately, the decision was not in their favor.

END_OF_DOCUMENT_TOKEN_TO_BE_REPLACED

Sad news for fans of The Lying Game. Series star Alexandra Chando has just confirmed the long speculation that the drama series will not be returning for a third season. Alexandra’s announcement comes as new series The Fosters and Twisted continue to do well in the ratings. But for how long? Will ABC Family toss them out too without resolution? Kyle XY flashbacks.

END_OF_DOCUMENT_TOKEN_TO_BE_REPLACED 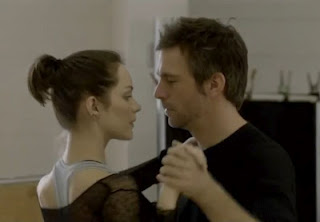 Sad news for Glee fans. Oxygen has decided to not go through with a third season of the hit reality series The Glee Project. The news comes amid reports that FOX has yet to make a decision on season 5 of Glee. What does this mean for the future of the series? Will Glee be renewed for one more season? With the ratings lacking and storylines suffering, we can’t help but wonder about the future of Glee.