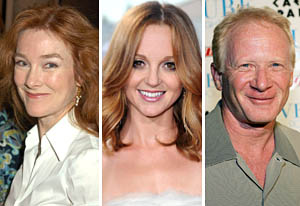 Ryan Murphy is staying true to his word and putting some more focus on the rest of the main cast this year. Mike Chang is one of them and EW reports that his parents have just been cast! Looks like we’ll be getting a glimpse of Mike’s home life:

Exhibit A: We’re about to meet the parents of Mike Chang!
EW has learned exclusively that Tamlyn Tomita (The Joy Luck Club) and Keong Sim (The Last Airbender) will play mom and pop to Mike, played by Harry Shum Jr. The duo will appear in the third episode of the season, which airs Oct. 4. 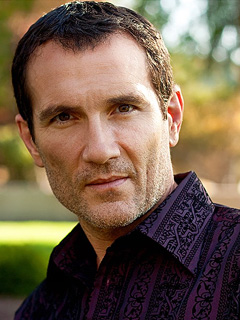 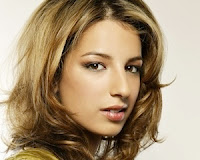 Vanessa Lengies joins the cast of Glee as “Sugar.” Fans may remember her from American Dreams. She is the second casting announcement to come out from the new season.

Details on who she will be playing:

Another fresh face will be turning up in the halls of McKinley High when Glee returns this fall. American Dreams alum Vanessa Lengies is joining the Fox hit’s Season 3 cast in the recurring role of Sugar, a new student who is described as a cross between Molly Shannon and a New Jersey Housewife.
Sugar was born with a silver spoon in her mouth and a tin ear. Basically, she can’t carry a tune to save her life, but I’m guessing that won’t stop her from auditioning for a spot in New Directions. 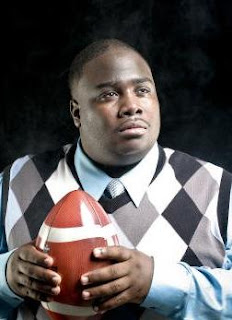 Mercedes is finally getting her man. The Glee powerhouse is getting a boyfriend in the form of Lamarcus Tinker. He will be playing the role of Bubba, her football playing..uh..hunk. Because this guy totally looks like he could pass for a high school student.

More info on his character:

Glee has found Mercedes’ rebound guy.
LaMarcus Tinker — best known for his role as Luke’s BFF Dallas on Friday Night Lights — is joining the cast as Marcus, a massive linebacker for the McKinley Titans and a love interest for Amber Riley’s lovelorn diva.

The character, formerly known as “Bubba” on casting breakdowns, will presumably fill the hole in Mercedes’ heart left by Sam