A new cutie is making his way to Rosewood. Australian actor Lachlan Buchanan will be joining Pretty Little Liars for at least 2 episodes. Wow. I love this guy’s name. I wonder if he’ll have his accent on the show. The second half of Pretty Little Liars begins on January 2nd on ABC Family.

This is a great casting choice for Glee! While he’s not musical (that we know of) John Schneider is handsome and awesome which makes him the perfect choice to be Sam’s dad on Glee. Most of you may remember him from his role as Clark’s dad in Smallville.

TVLine is reporting that Lucy Griffiths will be joining True Blood as a series regular. She will be playing Eric’s vampire sister Nora.

The 25-year-old stunner — best known for her role as the ill-fated Marian in the BBC drama Robin Hood — is joining True Blood‘s Season 5 cast as a series regular.

Griffiths will play Nora, Eric’s (Alexander Skarsgard) centuries-old vampire “sister” (they were both progenies of Godric) who is working as a double agent within the Vampire Authority. Described as intelligent, intimidating, cool under pressure and a very good liar, Nora loves Eric deeply, but has dedicated her life to a higher purpose.

I can’t wait for True Blood to come back. 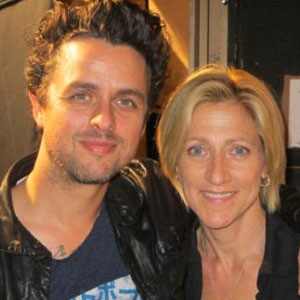 Glee: Beiste is Getting a Love Interest

Via TVLine
Yeah! Beiste is gonna be gettin’ some! Rumor has it Glee has cast a love interest for the chicken and pasta loving coach of Mckinley. Eric Bruskotter has been cast in a major recurring role that will not only have an impact on Beiste but probably the rest of the football team. Seeing as Finn isn’t sure about his future, this character will definitely be of some interest.
Details:

Looks like Coach Beiste could be ordering a second bowl of pasta the next time she calls for Breadstix takeout.

Nope, she’s not ramping up her carb-loading, and as far as we know, she’s not pregnant. But TVLine has learned exclusively that Beiste, played by the delightful Dot-Marie Jones (a 2011 Emmy nominee for Outstanding Guest Actress in a Comedy Series), may have a very special dinner companion in her future.

Indeed, the show’s producers have cast Eric Bruskotter in what’s being described as a major recurring role of Johnny, a football recruiter who comes scouting for talent at McKinley, but finds he can’t take his eyes off the team’s gruff but big-hearted coach. Bruskotter has previously had recurring roles on 24, Six Feet Under and Providence, and most recently appeared in an episode of Franklin & Bash.

The prospect of this football recruiter being fashioned as a love interest for Beiste got a winning reception from Jones when we ran the idea by her recently. “Oh my God… I’ll have to talk to Ryan Murphy about that!” she beamed.

I’m actually really excited about this. I feel like I’ve seen this guy in everything and he’s always been charming. Can’t wait!