Author Sarah Glenn Marsh‘s debut novel Fear the Drowning Deep was released by Sky Pony Press on Oct. 11. Set against the mystical backdrop of the Isle of Man in 1913, this YA book follows protagonist Bridey as she grapples with her fear of the ocean (hence the title), encountering a supernatural threat and a blossoming romance in the process. The novel draws in readers from the first page when a drowning victim is discovered on the beach, “her dark hair wrapped around her neck like seaweed,” and the mysterious circumstances surrounding the young woman’s death (which echo the demise of Bridey’s own grandfather years earlier) keep the reader engaged and intrigued, with Marsh’s vivid descriptions painting an evocative picture of Manx living.

I interviewed Sarah Glenn Marsh about how she chose the setting for Fear the Drowning Deep, the most challenging and enjoyable aspects of writing her first novel, who she would cast in a film version of the book, her tips for unpublished writers, and more. Check out an excerpt below:

END_OF_DOCUMENT_TOKEN_TO_BE_REPLACED

Synopsis: Did you know that on the night of April 14, 1912, when the Titanic was sinking, that there was a large cargo ship six miles away that could have saved every person who died that night? Boston reporter John Steadman, covering the horrors of that night, learns about the ship and its complete inaction. Unlike the other reporters, he is not content to let it stand. Thinking of the twelve hundred people who died that night (including fifty-three children, whose names no one can be bothered to utter), he dons disguises and travels thousands of miles to uncover the truth: How could the SS Californian see every one of Titanic’s eight distress rockets and do nothing? The Midnight Watch by David Dyer, based on actual articles and dispositions of the time, aims to delve into the mind of those responsible and find out the truth.

Check out the review behind the jump!

END_OF_DOCUMENT_TOKEN_TO_BE_REPLACED 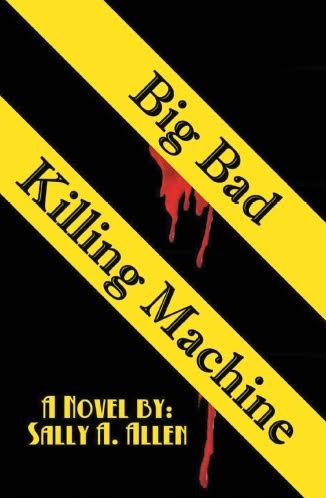 Today we’re reviewing “Big Bad Killing Machine” by author Sally A. Allen. The dark mystery can best be described as a thrilling tale about the deteriorating mental state of a high school student. The main character, Colton, is an athlete who just so happens to spend his spare time brutally murdering others.

END_OF_DOCUMENT_TOKEN_TO_BE_REPLACED

Calling all you kids that grew up in the 90s. It’s time to celebrate one of the greatest decades and the television network that helped make it so memorable…Nickelodeon. The network changed the landscape of children’s television and helped mold a generation. Growing up during such a special and revolutionary time for kids was pretty freakin’ sweet.

If you missed the event last year, you’re in luck. The genius minds behind “Slimed: An Oral History of Nickelodeon’s Golden Age” are gearing up for round 2 with an all new nostalgic celebration. “A Nite of Nickelodeon Nostalgic Nonsense!” is set to take over the city during New York Super Week, a special week long celebration leading up to the 2014 New York Comic Con.

END_OF_DOCUMENT_TOKEN_TO_BE_REPLACED

Get excited Harry Potter fans! J.K. Rowling has released a new epilogue for her much loved series. Now, okay. So the original epilogue was a disappointment and the invention of Pottermore was an even bigger disappointment — but this is actually good.

Written in the style of a Rita Skeeter gossip article, we get an update on our favorite members of Dumbledore’s Army.

The short story is available on Pottermore.com but Today.com has the exclusive. Check it out: