Read on for our Pretty Little Liars 6×02 “Songs Of Innocence” Recap:

A Is For Andrew?

It doesn’t take long for Detective Bad Ass AKA Toby to catch Andrew running around in the woods. Toby hasn’t been a cop for very long but he’s already trying to be a shady cop.

JUST GIVE ME 5 MINUTES!

I don’t particularly believe Toby could take Andrew any day of the week but whatever. The cops are trying to piece together Andrew’s motive and the only thing stopping them from proving his guilt is that no one ever actually saw him do anything. In fact, if you ask me, all those journals saying he hates the girls and maps and plans are a little too perfectly laid out and convenient.

Aria is back home and already putting her foot in her mouth. She lies about seeing Andrew unmasked while they were down there because, quite frankly, she’s ready to give him the chair.

Hanna is having trouble being back in her room and decides to just gut the place. She rips down that wallpaper we all love and sleeps on an air mattress.

Emily turns to guns and wearing her dad’s army jacket to get her fear out. Is this a glimpse at what we will see when the show flashes forward?

Someone hit Sarah Harvey on the head after she ran away from home and was kidnapped and trapped for two years. 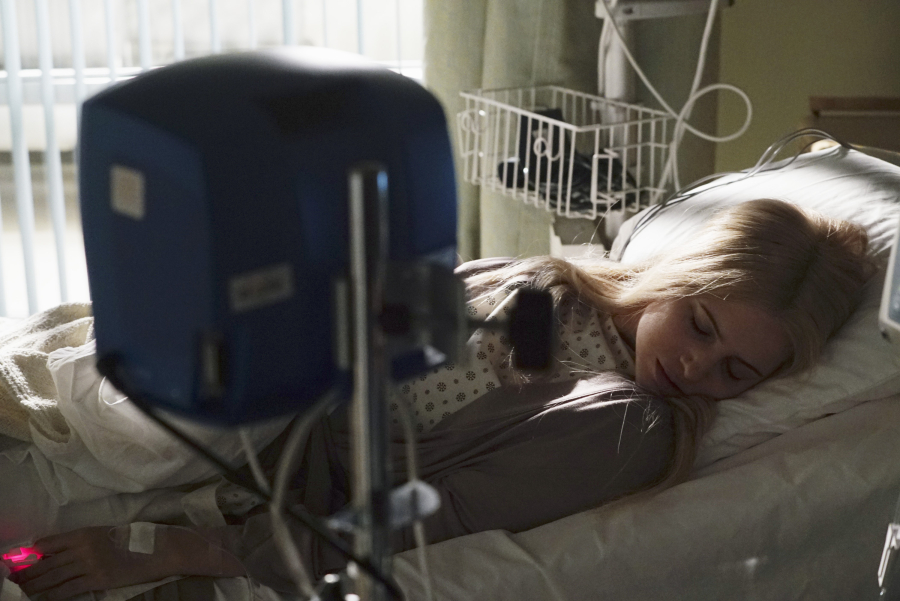 The girls are sent home with a heaping pile of medications. Spencer’s mom has decided not to allow Spencer any of the anti-anxiety medication to help her sleep. What is this? Continuity?! But Spencer can’t be tamed and she takes some of Aria’s meds instead. Will she relapse? Sometimes, an offer from your mom to watch a movie on the couch is better.

We learn a little of what the girls went through. They were made to play a lot of sick psychological games, including choosing which of their friends to torture, who would be allowed to get water that day, and who would be made to scream. Aria apologizing to Spencer has me thinking poor Spencer got the brunt of the pain.

Sarah runs away from home once again, but this time to Emily, and questions whether the mAsked villain was really Andrew. He seems like the classic red herring to me. But what’s his problem? He’s kind of a turd.

Elsewhere, Alison goes to church and flirts with Toby’s hot new partner, Lorenzo. But when she gets home, she discovers a lot of missing pictures from the family photo albums.

It looks like next week we might finally be getting answers. As much as I want there to be two of Drew Van Acker on this show, I’m starting to wonder…