Lacey Chabert stars as Gwyneth Hayden in the new UP original movie “Christian Mingle“. Living her dream life, Gwyneth realizes that the only thing missing is some romance. What follows is a road that may be a little bumpy, but may ultimately lead to “life-changing” love.

We had the honor of chatting with Lacey Chabert about her role in the film, what attracted her to the project, and her upcoming Hallmark Original movie set to debut this Valentine’s Day.

Check out our exclusive interview below:

Can you talk a little about your role in “Christian Mingle” for those who may be unfamiliar?

It’s really a romantic comedy. I play Gwyneth and I’m a very successful, career driven woman but not so successful in love. I’m looking for the right guy after a string of bad dates and relationships. I keep seeing these commercials for the Christian Mingle dating site and on a whim, one night I decide to create a profile and go on dates and end up really liking the guy. The problem is, I’m not as much of a practicing Christian as I portray myself to be to him. So, a lot of comedy comes from the opposites of that part of our relationship. It really is a love story between he and I but it’s also a lot about my character discovering what it means to have more of a relationship with God.

What attracted you to this role in particular?

When I read the script I just thought it was very relatable and very fun. I always wanted to work with Corbin Bernsen who wrote and directed it. I just thought it would be a really fun character that I would enjoy bringing to life.

The Up Network focuses on uplifting television that is different than what viewers may be used to seeing on their TVs. Is that type of message something that is important to you and something you wanted to share with the audience?

Absolutely. I take different jobs for different reasons. I want to be personal and I enjoy playing a lot of different types of roles. But this one in particular, I appreciated that the message was something that was uplifting and positive. It’s something that everyone can enjoy.

I’m really excited to see it. I think it’s something you can watch with the whole family.

Thank you so much. I appreciate it.

The cast is amazing. I originally said no to the job, because I thought it was going to be too much. I was getting married in a month. So, I would be working up until, basically the day before my wedding. They were kind enough to really work with me and kind of work around me when I was having my bridal shower and my bachelorette party and all of the festivities that lead up to a wedding. They were able to work with all the things that were important to me. In between takes I’d be dealing with the caterer and the flowers and it was kind of a chaotic time but it’s something that I’ll always remember. The cast was so supportive. Everyone was so lovely and funny and collaborative. Especially because I was experiencing this exciting time in my life. Everyone was very supportive.

Congratulations on your wedding!

Thank you very much. Married life is good. I married a good man. I’m very fortunate.

What would you say sets this movie apart? What are you most excited for the viewers to see?

I think the movie has a lot to offer in that it’s a romantic comedy but there’s also an online date that is hopefully portrayed in a very real way. I hope that people take away a very meaningful message.

And you have another movie coming out soon?

I do. Next weekend on Hallmark channel on February 14th, on Valentine’s Day actually, it’s called “All of My Heart”. It’s premiering on Hallmark. You can catch me on your TV with all kinds of uplifting and heartwarming films! 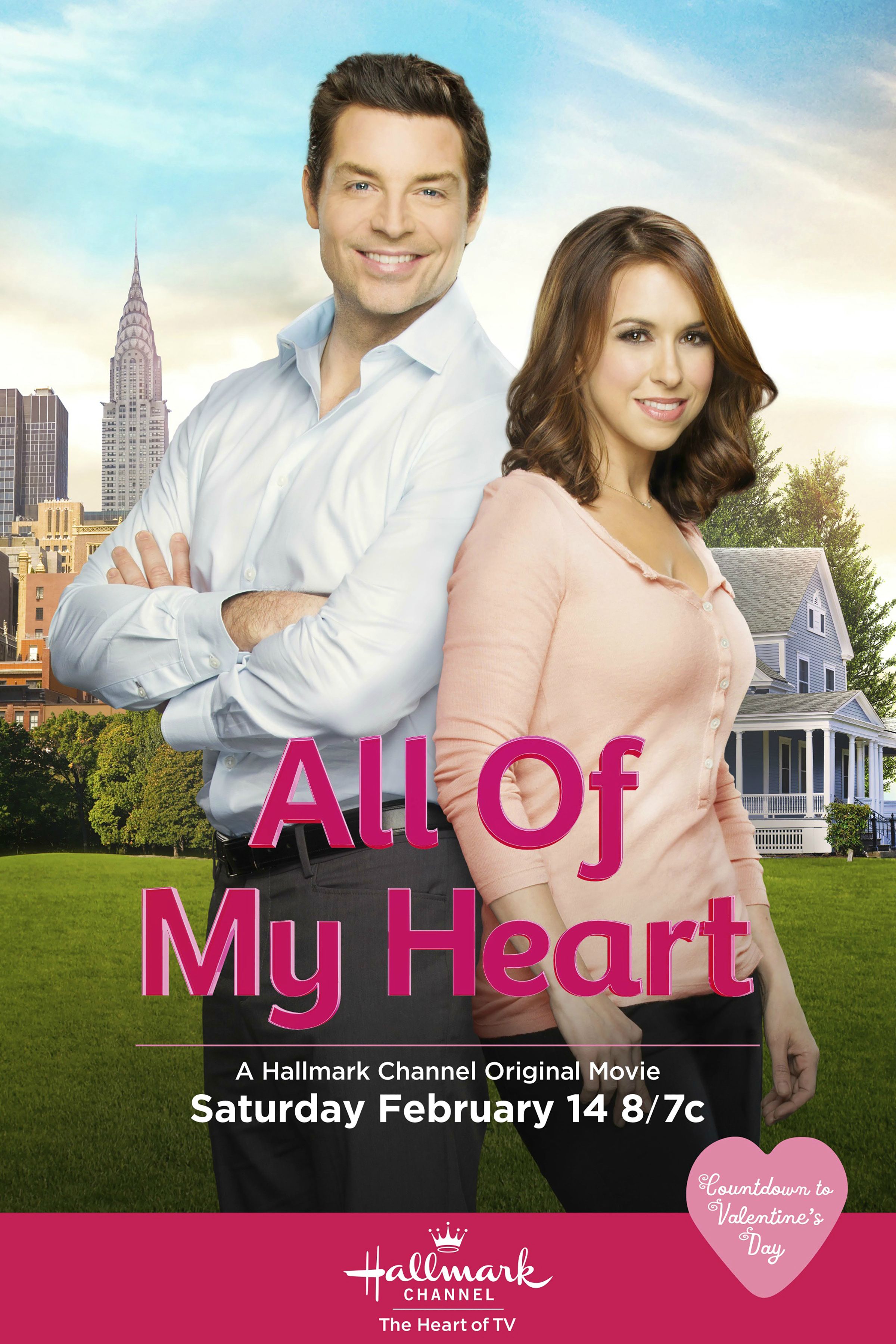 Thank you SO much to Lacey Chabert for talking with us. We really appreciate it!

Be sure to tune in to “Christian Mingle when it premieres Sunday, February 8th on UPTV.

Keep up to date with Lacey Chabert by following her on Twitter @IAmLaceyChabert.