We had the opportunity to chat with Joey about what viewers and fans can expect from the Christmas flashback episode, his own favorite Christmas traditions, and the edgy moments in the new season they didn’t think would make it to air.

Read on for our exclusive interview with Joey Lawrence below:

This upcoming holiday episode is Mel and Joe’s first Christmas as a couple. What can we expect from that? Will things be going smoothly for the two of them?

Well, it’s sort of out of the box. It’s not quite what you’d expect. They’re approaching Christmas as a married couple but in typical Melissa & Joey fashion, we have a little fun and kind of do something unexpected like we always do for these holiday episodes. We try to have some fun and not be the typical “Oh, everything feels so good”, you know what I mean? We poke a little fun at ourselves.

It’s a special flashback episode. It’s like 100 years ago and it’s about this special ornament that Mel and I fight over to put on the tree. I have an ornament from my great grandmother and she has one from her great grandmother and we both want it as the topper to the tree. She goes into the origin of where hers came from and we see that special night where that ornament came to be and took its place in the Burke family.

With that a bunch of comedy ensues and it’s a special Christmas episode, but in a good way. Not a “Very Special Christmas Episode” in bad way. Sometimes people think “Get me to the dentist to fill these cavities because it’s so sweet.” This is a good one. It’s edgy and funny. It’s not something that you would normally see in a Christmas episode. 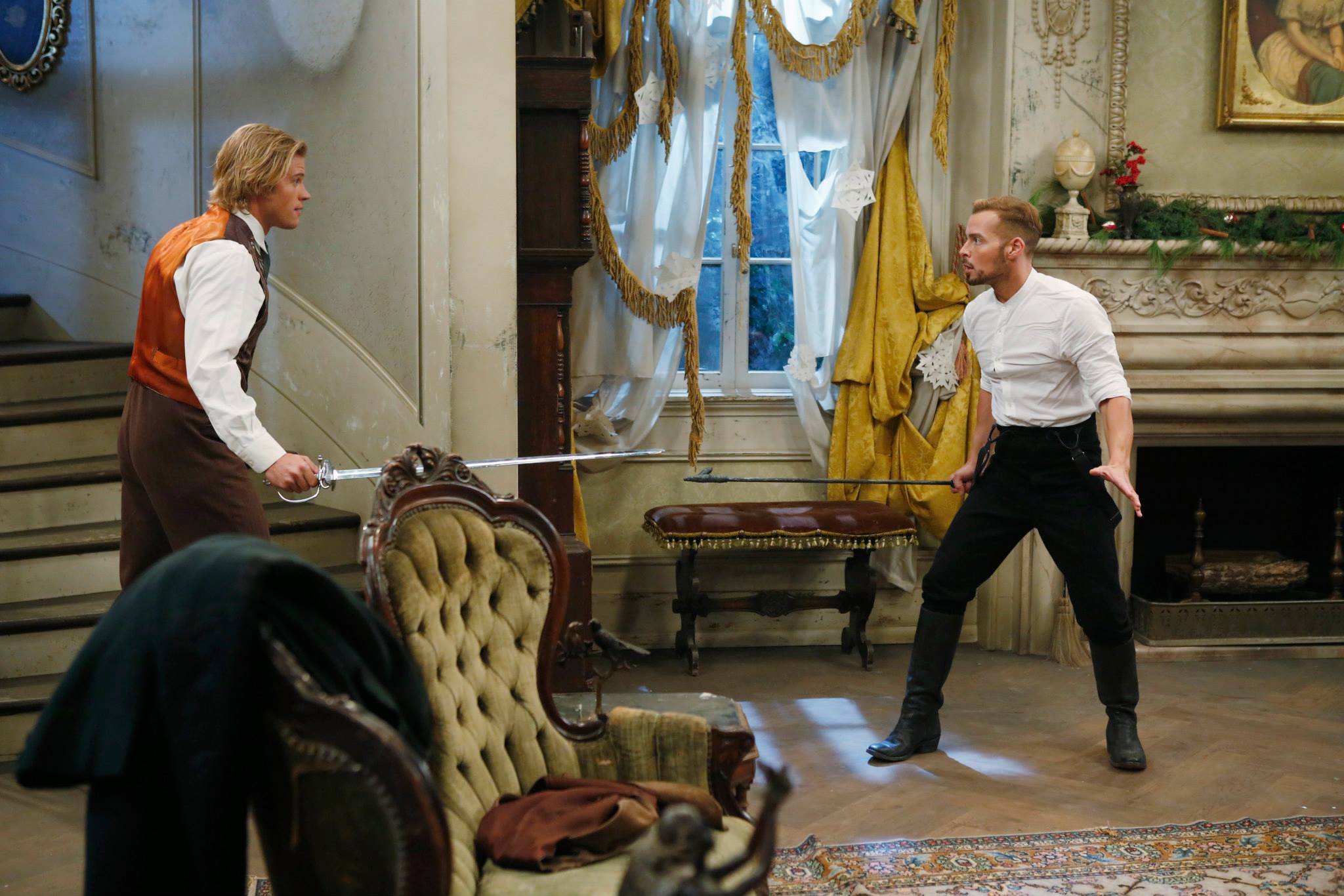 You’ve had a few themed episodes before, and reunions and things like that. What did you enjoy most about filming the period piece for this episode?

It was fun. We played with the accents and took pages from the deep south. We had Chris Rich who typically plays Mel’s father but he plays the father of Mel’s great grandmother in the late 1800s. It’s always great to have him, he’s such a funny guy. It was fun to step out of body and dress up. I get to have a sword fight. ABC Family has been very cool. They let us get away with a lot. It’s cable. We get away with things that you would never get away with at broadcast at 8 o’clock. They’ve been great with creatively, letting us run wild. That allows us to be edgy and funny which is where we think the show lives.

I definitely gasped a couple times while watching but it was funny so it always works.

Oh yeah. Wait until you see this upcoming season. There is one episode that begins in a way that you will not believe. You’re gonna go “No way.” You’d think it would be on HBO or something. It’s hilarious. When we read it at the table we thought there was no way we were gonna be able to shoot this but they not only let us shoot it but they’re going to be airing it.

I spoke to Melissa yesterday and she mentioned the fourth season is gonna dabble in honeymoon and baby storylines. What can we expect from that?

I think the baby stuff will come later. I think there’s a lot of practicing right now. Which Melissa loves. It’s my gift to her, ya know. I’m just kidding but yeah. We still argue but in a romantic way like Joe and Mel do. The honeymoon phase which is always a great time… but yeah I think people are gonna be shocked. There’s a lot of sex, man. There’s a lot of stuff going on. We read the scripts every week and we’re like “We’re in bed again? Are you kidding me?” It’s crazy but the audience loved it because it’s humorous. It’s not sappy in any way.

Christmas is my favorite time of year. My mom coined me Mr. Christmas when I was 7 or 8 years old. We try to keep it as traditional as possible. I don’t like to travel at the holidays unless I have to because it’s a nightmare. It’s all about Santa and decorating. The Elf on a Shelf just came a couple days ago. He’s doing wild and crazy things. He’s in a new position in the house creating chaos as the elves do. We’re gonna have our 25th annual cookie bake this Saturday. We bake cookies all day long and make pizzas and sing Christmas carols and stuff. Christmas eve is really traditional. We do Thanksgiving at my house and Christmas at my mom’s. We go to church Christmas eve and then go to my mom’s. Christmas day we open presents and go to my mom’s again and have a big Italian Christmas meal. It’s the most amazing time of year. It’s a beautiful thing.

We’d like to thank Joey Lawrence for taking the time to chat with us. We really appreciate it!

Be sure to keep up to date with him by following him on Twitter @JoeyLawrence and tune in tonight, Wednesday, December 10th, for the Christmas episode of Melissa & Joey entitled “Melanie & Josiah“.