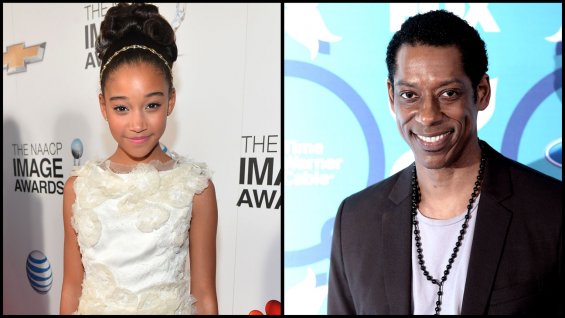 The cast of Sleepy Hollow continues to get bigger and better. Amandla Stenberg was just announced to be joining the cast as Mae, the daughter of Orlando Jones’ character Frank Irving.She will make her first appearance in the November 25th episode.

First appearing in the Nov. 25 episode, Stenberg will play Mae, the teenage daughter of Capt. Frank Irving and ex-wife Cynthia. Mae feels disconnected from her dad since he has taken up his post in Sleepy Hollow.

Amandla was previously seen in The Hunger Games as Rue.