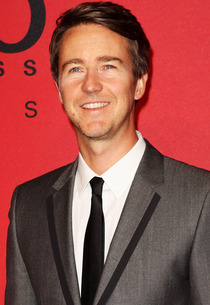 Is this as random as it seems? When Saturday Night Live returns on October 22nd, Edward Norton will be the latest host to tackle the difficult job. He will be joined by Janelle Monae, who will be joining the show as the musical guest.

No, seriously. Is he promoting something? And here I thought Bruce Willis was random. Bruce’s episode was downright awful so here’s hoping Edward can bring the laughs. This will be his first time hosting the show, even though he has appeared in sketches dating back to 1999. Online, the reactions appear to be mixed. Fans of Edward seem to be thrilled so we’re looking forward to whatever he can bring to the table.