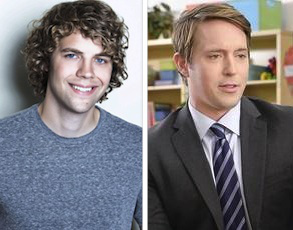 TVLine is reporting that SNL has finally confirmed the new cast members for season 39 of the hit comedy sketch show. Saturday Night Live will be bringing in 6 new faces instead of the rumored 5 that were previously reported. Among the new faces include the AT&T guy and a revolving door in the writer’s room. Cast member Tim Robbins will be leaving the on camera work and heading back into the writer’s room.

But in announcing on Monday the new on-camera additions, SNL lobbed another name into the mix: stand-up comedian Brooks Wheelan, who last month had been made a part of the show’s writing staff.

This announcement comes after Lorne Michaels recently revealed that cast member Cecily Strong will be joining Seth Meyers on the Weekend Update desk.