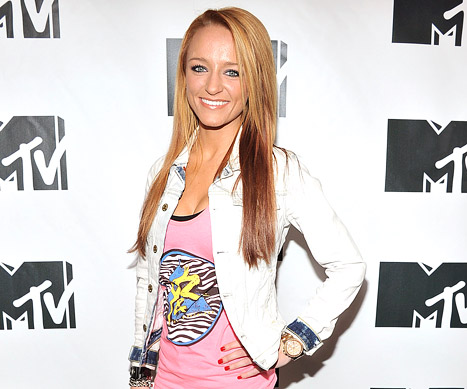 If you’ve been missing the original Teen Mom cast like we have, then you’re in luck. Granted, we’ve certainly been hearing an awful lot about Farrah Abraham these days but for all the wrong reasons. Catelynn and Tyler are both appearing on the newest season of Couples Therapy and former cast member Amber Portwood is still serving her jail sentence. One name seemingly kept out of the tabloids as of late, is Maci’s. Perhaps this is why MTV continues to employ her.

Maci announced in a new video that her and her son Bentley will be starring in a new special for MTV. The special sounds a lot like a regular episode of Teen Mom. Why is it only 1 hour long? Are they testing the waters for a potential spin-off featuring Maci? Will any of the other girls join her? Her life seems downright boring compared to the others but she’s gotta pay those bills right? Bentley must be starting school now and couple that with health insurance quotes burlington nc, school supplies, living expenses, and other bills, a nice paycheck probably wouldn’t hurt right about now I’m guessing.

According to MTV, the one-hour special will follow Bookout as she hangs with friends, overcomes drama with her ex Ryan Edwards (Bentley’s dad), all while taking care of her little boy. (Edwards, 25, is currently single but Bookout is now dating Taylor McKinney, a motorcrosser rider from Texas).