May 7, 2013 Posted by Noelle Spoilers No Comments 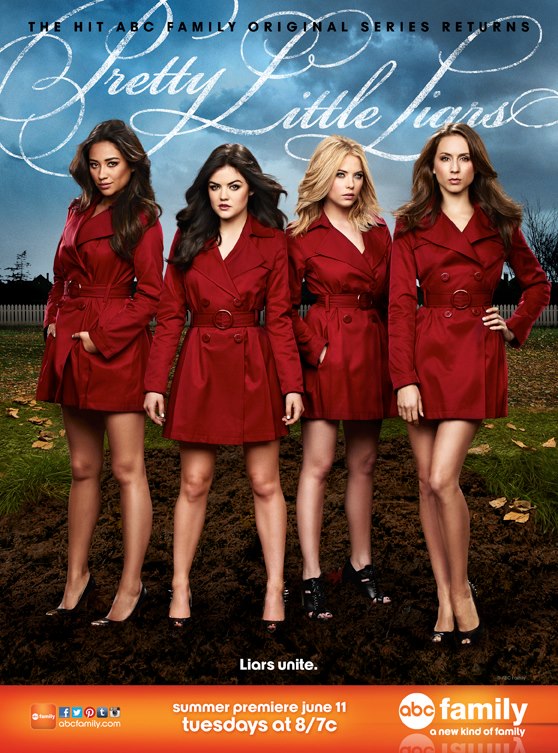 It’s hard to believe that season 4 of Pretty Little Liars is just around the corner. It feels like season 3 just ended! Following an epic reveal of the first footage from the new season (view that here), ABC Family has just released the official episode description for the season 4 premiere episode of Pretty Little Liars. Among the things you can expect in the first episode entitled “A is for A-l-i-v-e“? The girls working with Mona, and some good old fashioned Ezria drama. Because who can ever have enough of that?

Check out the episode description here:

In the Season 4 premiere of “Pretty Little Liars,” entitled “A is for A-l-i-v-e,” airing Tuesday, June 11th (8:00 – 9:00 PM ET/PT), the Liars are desperate to uncover what new scheme “A” has in store for them in the wake of the lodge fire, and have no choice but to turn to Mona for answers, now that she is also being targeted. Aria struggles with seeing Ezra in the wake of their breakup, and Emily starts to make plans for life after high school. Meanwhile, “A” sets Toby on a new path, what’s in the trunk is revealed, and a shocking discovery reverberates through Rosewood.

Tags: A is for A-l-i-v-ePretty Little Liars
No Comments
Share
0