Once Upon A Time Spoilers: Season 2 Finale 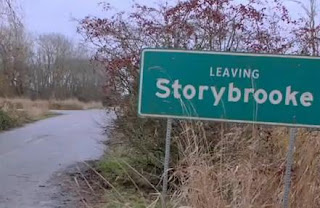 What the heck is going to happen in the season 2 finale of Once Upon A Time? I’m still angry at the writers for seemingly getting rid of August the way they did but who am I kidding? I’m still going to tune in. There has been a ton of speculation already about the finale for the second season. With Greg and Tamara as our newest villains, what are they going to bring to the table? Better yet..where are they going? Someone snagged a video of a scene being filmed and it definitely raises some questions.

Check out the video here and be warned: HUGE SPOILERS

The video in question can be seen here and shows Greg and Tamara’s character forcing Henry with them before throwing an object, probably a magic bean, to open a portal. We can’t be sure as the effects are obviously not added yet, but could they be headed to Neverland?

This website also has some pictures from the finale where Emma and Henry film an emotional scene together. What do you think is going on?