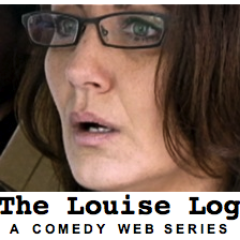 I did not know what to expect when I hit play on my first episode of The Louise Log. I don’t watch many web series. I find myself being lazy when it comes to sitting still to watch things…until it’s midnight and I’m on YouTube watching video after video and suddenly it’s 2 AM and I don’t know where my night, or my life, has gone. So I decided to give this comedy web series a chance.

Producer/Creator Anne Flournoy’s “The Louise Log“, is a comedy web series written by Anne and Sandra Vannucchi. The series stars Christine Cook, Jennifer Sklias-Gahan, Pascal Yen-Pfister, Danusia Trevino, Mathilde Dratwa and Catherine Siracusa. It centers on the life of a New York City housewife and her whispering inner monologue that seems to always say what we’re probably already thinking. The stress and hectic days a housewife, a mother, and any woman can relate to make this web series a fun and charming addition to anyone’s subscriber list.

The show has grown from a low budget experiment to a cult fan favorite with the likes of Roger Ebert in their fan club. If you’ve ever experienced that inner struggle with yourself as you liveblog your own experiences with the hot repairman or an even hotter babysitter, you’ll love this one. All it took was a few One Word whispered lines for me to laugh out loud and eagerly press play on the next episode.

We love the real and raw aspect this series has. It doesn’t need crazy music and visual effects to get our attention, like so many YouTube shows do nowadays. “The Louise Log” relies solely on its content and main star Cook to win over viewers, which we can all appreciate and respect. We get serious Arrested Development and Curb Your Enthusiasm vibes when we watch, probably thanks to the camerawork.  No wonder we love it.

Our only fear with a web series like this though is that the whispering might get old quickly, especially for those using headphones. Talk about up close and personal. We understand the whispering is part of the shtick, so it’s hard to just eliminate that altogether, but what if she changed her voice-overs into her regular speaking voice? It’s not like we wouldn’t be able to discriminate between what’s in her head and what she’s saying out loud. We don’t know about you, but when we narrate our lives to ourselves, we definitely aren’t whispering.

All in all though, this is a great series. It’s relateable, which in our opinion is the most important key to a successful program. People want to see themselves and their daily situations, both the good and the bad, when tuning in. Cook delivers this perfectly. If Flournoy keeps this up, she’s got a long running hit on her hands.

“The Louise Log” has garnered so much media attention lately that it has even been nominated for ‘Best Web Show’ at the 2013 Shorty Awards. During the voting period, “The Louise Log” came in sixth place, earning the series its nomination in that category. The Awards will take place April 8th in New York City with Buffy the Vampire Slayer actress (and fellow web series creator) Felicia Day hosting the event.

The two scripted seasons are available to watch on YouTube and TheLouiseLog.com. Plans to shoot a third season are scheduled for the Fall.

Check out a couple of our favorite episodes: