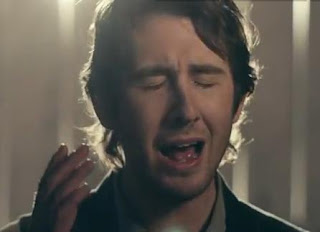 New music alert! Josh Groban has released his new music video for his new single. “Brave” is the first single off his new album All That Echoes. It’s a refreshing song from Josh and it’s been stuck in my head since I first heard it. That’s always a good sign.

All That Echoes is available now.

Check out the music video for “Brave” here: