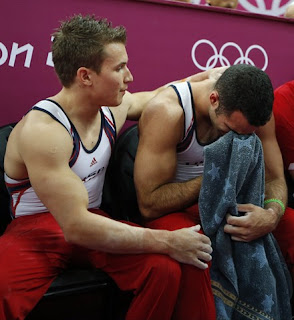 The USA Men’s Gymnastics team went into tonight’s team finals in the number one spot but ultimately couldn’t hold it. Following a few mistakes early on, the American team eventually placed in fifth with China taking the Gold. Silver and bronze were more difficult to decide. Inititally, Great Britain was awarded the silver medal and Ukraine was given the bronze. The Japan team filed an official inquiry about their last set of points and were awarded a better score. They were given the silver and Great Britain dropped to the bronze. I felt so bad for Ukraine but of course, felt horrible for the US team once Danell Leyva started crying. Here’s hoping they have a much better week!