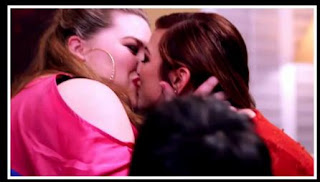 This video of the cast of The Glee Project performing Party Rock Anthem kind of makes me like them a little more. We haven’t seen the episode yet, but judging from the video, they’re all having a great time doing it. A big step up from last year with all the drama about kissing people of the same sex. This looked like so much fun to film!

Spoiler alert though. One contestant is notably missing from the video. Could they have been eliminated?

Here is the video of the cast of The Glee Project performing Party Rock Anthem in the upcoming new episode: “Dance-Ability.”

Do you have any favorites so far? Who will the guest mentor be?

Update: Check out our recap of Dance-Ability here