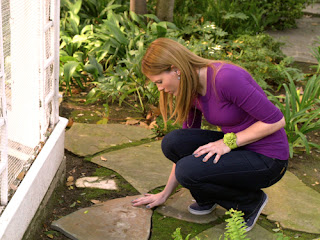 Emmett’s birthday gets rather awkward when everyone gets together to create a zombie film for him. When Simone is needed to help with the cameras, Emmett can’t get her out of there fast enough. Emmett apologizes to Bay about yelling at her but conveniently leaves out the part where he slept with her ex best friend. Melody questions whether Bay even has to know. Of course she has to know!

Kathryn and Regina work together to go through Angelo’s belongings and bond over their trouble with men. Kathryn is furious with John for telling Sara about her miscarriage. I think it’s disgusting someone else is allowed to use that information for a book. Regina agrees to help Kathryn out after talking with Daphne about all the memories she’s missed out on.

While filming a scene, Simone leaves her phone out and Wilkie uses it. He’s able to read her texts to Emmett about what happened. He’s pissed. He doesn’t want to see Bay hurt and of course, he doesn’t want to see Simone hurt his best friend Toby. I wonder if Wilkie will tell Toby? By the end of the episode, Wilkie is the only person who knows what Emmett and Simone did. Looks like next week is going to be an explosive finale.