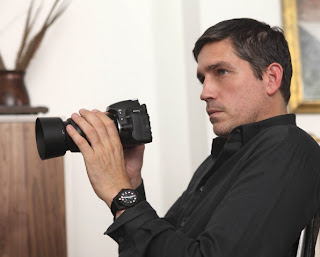 The winner of Best New TV Drama is finally back tonight. Person of Interest returns with an amazing episode. In case you were wondering, the Bromance is also back in full force. The episode takes place right where the last took off. Finch rushes Reese to an underground doctor to stitch him up no questions asked. He saves our boy and he’s almost good as new. He just has to sit in a wheelchair. The plus side? Very attractive stubble. And Finch has to take care of him. It’s adorable.

With Reese out of commission and in a wheelchair, it’s a reversal of roles. Reese attempts to do the computer work and Finch has to be the “legs” of the missions. The Super of Reese’s new apartment (generously purchased by Finchy for his BFF) is the next number. Finch has to do the spying this time around while Reese is stuck feeling restless. Finch gets caught spying and has to worm his way out of it. This prompts Reese to give him a self defense lesson since he won’t carry a gun. His advice is to poke them in the eye and/or gouge their eyes out with his thumb. It’s like Rambo and Three Stooges.

They come to the conclusion that the Super is stalking a girl and preparing to kill her boyfriend. In reality, he’s trying to kill the guy who lives in the penthouse. This guy is the actual stalker. When the stalker makes his move on the girl and Finch can’t get back in time, Reese takes matters into his own crutch. Like literally lights it on fire to set the building’s alarm off. The guy corners the girl in her apartment and with the help of Finch’s finger, Reese’s crutch, and a window, they manage to take him down. A few stories.

We’re treated to flashbacks of Finch working with Ingram (or Goodwin to you Lost fans!) when they originally tried to sell the idea of the Machine to the Government. Finch trusts no one but Ingram with this information and it perturbs me when at the end of the episode the Machine considers Ingram a possible suspicion.

Carter is being followed by the same bad guys that shot Reese because they believe she will lead them to him. She’s trying to find Finch and Reese. Finch lets her find him. She demands to know what they do. He gives her an example in the form of a number. Or in this case, the actual person. He tells her this guy is about to commit a crime. She doesn’t believe him until she has to arrest him before he kills someone. Are they going to recruit her?

Finch buying Reese a donut cushion. “Use the cushion!”

The two of them checking out the hot girl doing yoga.