Make It Or Break It Returns March 26th

January 9, 2012 Posted by Noelle No Comments 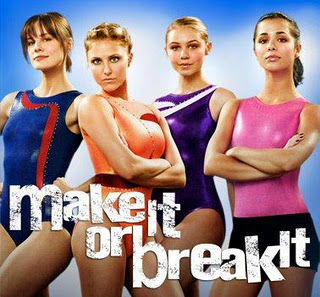 Yay! Make It Or Break It will finally be making a return to television just in time for the 2012 Olympics. ABC Family announced today plans for the gymnastic drama to join the Monday lineup at 9pm on March 26th. It will follow the premiere of The Secret Life but really, who is watching that show? The upcoming season of Make It Or Break It sounds like it is shaping up to be quite a season. Will you be tuning in?