January 9, 2012 Posted by Noelle No Comments 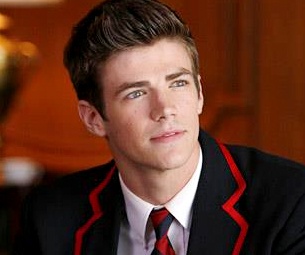 That sound you hear is the sound of thousands of Klaine shippers sobbing on the floor clutching a copy of Teenage Dream. Fresh out of the TCA’s comes the news that Grant Gustin has an offer on the table to become a series regular. Grant plays Sebastian, the flirty Dalton student with eyes for Kurt’s man. Since most of the regulars are staying for season 4, don’t they have enough characters? And here I thought I’d be getting more Kevin Mchale.

Details on what’s coming up for Grant’s character and which member of the cast other than Blaine he thinks would be a good pairing for Sebastian:

Gustin, who plays Dalton Academy Warbler Sebastian, tells The Hollywood Reporter that he’ll continue to be “in and out” on the current third season of the Fox musical with an offer “on the table” to be a series regular for Season 4.

While Sebastian has appeared in two episodes thus far, he’s already set his sights on Darren Criss‘ Blaine, challenging Kurt (Chris Colfer) for his boyfriend’s affections.
Could there be more trouble ahead for the on-screen couple? Not so fast, Gustin says. As of the Michael Jackson tribute episode — now set for Tuesday, Jan. 31 — Sebastian will cool his romantic pursuit of former Warbler Blaine.

“As of the Michael Jackson episode, he’s slightly separating himself [from Blaine] and is less flirtatious and more of a dick,” he says. “He’s not necessarily pursuing Blaine anymore. He’s not as into it as he has been in the past. Blaine’s not giving him anything to work with and he’s probably a little bored with it and moves on.”

As for what the future holds for his character, Gustin noted that he’s “open to the idea” of a Sebastian-Dave Karofsky (Max Adler) pairing. “It’d be fun,” he says, adding that he’d also like to follow in Blaine’s footsteps and transfer to McKinley High as Criss’ character did this season.