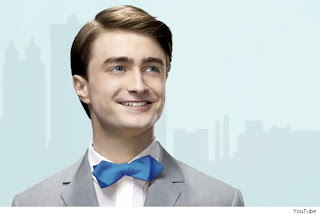 After Saturday Night Live had one of the most successful shows in a long time, now comes the news that Daniel Radcliffe will be hosting the show in January.

The following week (January 14th) Daniel Radcliffe is set to host SNL, with musical guest Lana Del Rey. Since the Harry Potter films wrapped up, Radcliffe has been keeping busy by starring in the Broadway production of How to Succeed in Business Without Really Trying and is set to appear in the upcoming film The Woman in Black. The extra time spent entertaining on stage in New York may prove to help him as he makes his hosting debut on SNL next January.