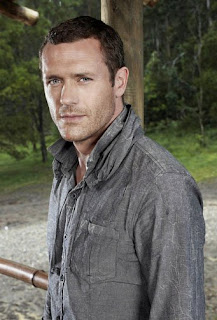 I recently had the pleasure of interviewing Jason O’Mara of Terra Nova. You may also know Jason from Life on Mars or his upcoming movie with Katherine Heigl, One For The Money. I spoke with Jason about the upcoming Terra Nova season finale, behind the scenes shenanigans, and the future of the series. Spoiler alert: Jason’s accent makes girls swoon and he calls me a ninja.

PopCityLife: Will we be seeing more of 2149 in the finale?

Jason: Yes, you will. I don’t want to give away too much but yes. In order to save the past they have to go back to the future.

PCL: I know you can’t give away too much but would you say the finale ends in a cliffhanger?

Jason: No, it doesn’t. Everything is resolved in the finale. There are a couple of questions left unanswered that would set up the second season but the things we have set up so far are answered. There’s nothing frustrating about things going unanswered. Everything is dealt with. It’s a very self contained story which is cool because it’s very satisfying. It’s not the end of the Terra Nova story, there are plenty of stories left to tell. They’ve already taken a lot of their ideas to FOX about the second season so we’re just waiting to hear. The things we have set up for the second season are kind of cool and not like “Oh, man I have to wait a whole ‘nother year??”

Jason: Yeah! We’re hugely optimistic and quite confident. The numbers have been pretty solid, especially after DVR is taken into account. FOX just announced yesterday..actually I’m giving you exclusive scoop here, this hasn’t been online or out yet but the news is they’re going to defer their decision until the new year. We’re very much alive and cancellation is just not a word being discussed right now. Everybody should be very optimistic.

PCL: I know you’re the resident video blogger on set and fans really love your videos. What got you into interviewing the cast and making behind the scenes videos?

Jason: It was something I was very interested in because I had had some very high profile projects coming up..I knew Terra Nova would have a very active and vocal fanbase because it’s science fiction and it could have a very strong online following. Also One For The Money (The movie with Katherine Heigl based on the books written by Janet Evanovich) has a different following but nevertheless very strong, vocal online audience as well. I wanted to be able to interact with these fans on some level and we discussed various ways we could do this. I thought “Well, I could put clips of my previous work like Life on Mars” but there would be a copyright issue there. I was sort of left scratching my head going “What am I gonna put on my website?”

I thought about what I could possibly come up with and one of the things was to take behind the scenes footage because I knew I would have exclusive access. I knew I didn’t want to let anyone else do it because it’s a sensitive subject but I knew that if I did it people would probably be okay with it. FOX has kind of turned a blind eye. They probably don’t entirely approve of it but at the same time they didn’t stop me from doing it because I was still promoting the show and it was done in a tasteful way. I wasn’t blowing any secrets or anything. I was very aware of what I could and couldn’t reveal. I think it’s something fun to have. If I was a fan of the show and I knew that the lead actor had taken footage behind the scenes of the episode I had just watched that day, almost like dvd extras, I think that’d be a really cool thing.

On top of that I thought I would love to be able to do interviews. A new spin on interviews because I’d have all these talented actors around me and that’s how the Impromptu Interview came along. It’s kind of fun you know? I can just fire the same 5 questions and it wouldn’t even really be about the questions. It would be about how everybody answers them. The questions aren’t interesting, it’s the answers. And that really took off, everybody responded to it and was supportive. Initially I was sort of begging people to do Impromptu Interviews but towards the end they were asking me “Hey, when do I get to do my Impromptu Interview??” That was a nice turnaround. But it’s true people did really roll their eyes when they saw me coming..

Jason: Yeah, they thought I was going to get them to do something embarrassing.

PCL: Yeah I was gonna ask if you had any embarrassing stuff..

Jason: Of course I have some. That’s the good thing about being your own editor. You can decide what goes up. Mind you, the embarrassing ones are probably more interesting. 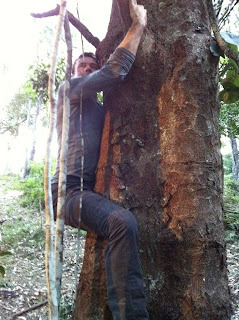 PCL: Can you tease the finale?

Jason: Hmm, well I already tweeted that two major characters will die. Jim Shannon will return to 2149. There will be at least one death by dino. It’s a funny thing because a lot of people ask me to tease the episodes and I’m happy to tease because then fans can go “Oh, hey this might happen or this might happen.” But I got so much shit from people because they were like “Oh my God you’re spoiling it, stop spoiling it.” You have a sweet little voice but you’re like a ninja getting these spoilers out of me.

We’d like to thank Jason for taking the time to speak with us. It was truly an awesome experience and I’m honored I had the opportunity. Thank you so much to Kathleen for helping it come together! Hopefully next time I won’t have lost my voice from being sick.


Be sure to check out Terra Nova every Monday at 8 on FOX. The two hour finale airs on FOX December 19th.


You can also check Jason out in the upcoming movie One For The Money in theaters starting January 27th.


Jason’s website and twitter is also a great place to go for all things Jason and Terra Nova.