Who Won The Glee Project? 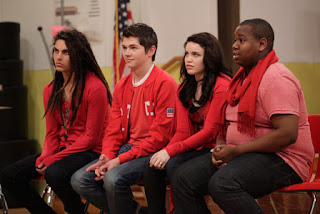 Who won The Glee Project and a 7 episode arc for the upcoming season of Glee? Said person will also be appearing on the tour…

The group song is Don’t Stop Believin. Ryan Murphy is the guest mentor and he brings back the entire cast to join them.

The music video (entire cast included) is performed on a rooftop and is Raise Your Glass. So much fun.

The final four pick their own songs to sing and Ryan Murphy announces the winner.

And so they don’t feel left out, Alex and Lindsay get 2 episode arcs.