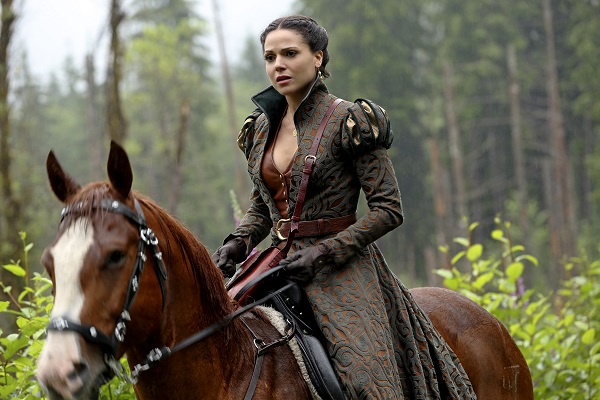 The town of Storybrooke is a mess cleaning up after the damage from last week’s wraith. Picking up the pieces of what’s left of their former lives, the town turns to Charming for guidance on what to do next. Why can’t they go home? Do they need to be afraid of Regina? Of course they do. And a new discovery leaves them all terrified.

Recap of Once Upon A Time, We Are Both:

A Hitch in the Plan

The dwarfs elect Sneezy to find out what happens if they step over the town border. Shockingly, you lose yourself. Your past self. Sneezy has no idea that his real name is Sneezy anymore. Rumply has no idea that this was an issue and he looks pissed at this latest obstacle in his plans. Whatever those may be.

I just don’t see Charming as much of a leader. However, I’m loving him as a Grandpa. David makes a deal with Rumpelstiltskin for help finding Jefferson in the hopes his hat will lead him to Snow and Emma. How I’ve missed your beautiful face, Jefferson. Jefferson isn’t much help and Charming can’t question him much because the town is still freaking out and wanting his help on what to do next.

It probably doesn’t help that Regina has figured out how to get some magic back. She blackmails Rumply for her mother’s spellbook so she can get Henry back. She puts her magic on display and casts a spell on Henry so he can’t leave their home. In a flashback, we learn that Rumply is responsible for teaching and enticing Regina to use magic to rid her of her mother. Through the looking glass.

Back in Storybrooke, it seems, at least for now, that Regina doesn’t want to repeat her mistakes, and allows Henry to stay with David. She doesn’t want to force him to love her. How long will her change of heart last? Is she up to something?

We very briefly get a glimpse of our beloved August. Unfortunately, he’s still solid wood as Pinocchio, lying in his bed, but he blinked. So is there hope? When Gepetto goes to the apartment, the bed is empty. Will August stay a puppet for the rest of his time on the show?

Mulan and Aurora take Emma and Snow back to their home as prisoners. They throw them in a pit and I’m reminded strongly of The Others on LOST. A second civilization of survivors who are highly suspicious of others. Emma gets a surprise when she realizes they aren’t alone. Cora, Regina’s mother, is also there.

Check out the preview of next week’s episode, The Lady of the Lake

Once Upon A Time Preview: We Are Both – Promo 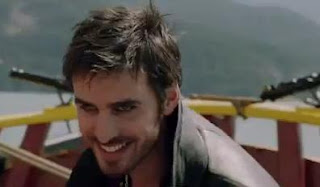 I don’t remember Captain Hook being this attractive when I watched Peter Pan as a kid. I am definitely looking forward to this episode. With the surprising reveal in Fairy Tale Land and two new visitors arriving, what’s in store in the upcoming episodes?

Check out this preview of Once Upon A Time: We Are Both.