In “Not-So-Shocking” news, The X Factor is reportedly losing one of its star judges. Demi Lovato is said to not be returning if the reality singing competition series is renewed for another season. Demi has been releasing hit singles all over the place and after a guest stint on Glee, it’s not surprising she would want to focus more on her music career.

END_OF_DOCUMENT_TOKEN_TO_BE_REPLACED

This might actually make me consider watching The X Factor! Deadline is reporting that Britney Spears is closer than ever to joining the X Factor on the judges panel. I thought they weren’t considering her anymore? I’ve been personally hopeful for anything that resembles a Britney Spears comeback so I’m excited about this news.

I hear that Britney Spears is close to a deal to join Simon Cowell on the judging panel of The X Factor in Season 2. Spears had been in talks for the gig for over a month, but I hear that the two sides are now headed for the final stretch after a big breakthrough over the weekend when major deal points were agreed upon. As we previously reported, following an initial discussion, the pop star received a $10 million offer to join the second season of Fox’s singing competition. I hear that her actual salary will end up being more than that, probably closer to $15 million and possibly exceeding the $12 million Jennifer Lopez received on American Idol last season. Cowell and Fox had focused on getting Spears on board before moving to filling the other vacant judge chair on the show. The recruitment of Spears would bring the star power Cowell & Co. had been looking for after their decision to replace first-season X Factor judges Paula Abdul and Nicole Scherzinger.

I kind of still wish Paula was on the panel. Nicole was terrible though. Britney has a come a long way since beating people with umbrellas and performing in cheap lingerie on MTV. Would you like to see Britney join the show? If not, who would you prefer?

Kelly Clarkson on The X Factor 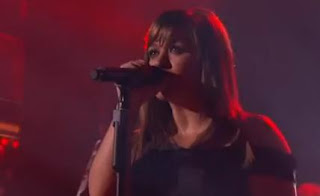 Kelly Clarkson appeared on the X Factor UK and performed her new hit single Mr. Know It All. She looks and sounds great! Check it out! What do you think of her new album? Have you bought your copy yet? 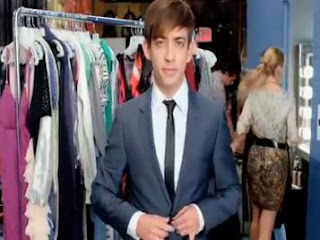 I love me some Pepsi and we love us some Kevin Mchale! So naturally, this was the perfect commercial. Kevin looked fierce in his shiny blue suit. The commercial aired during the X Factor to give us a behind the scenes look.

The Anser on The X Factor – Video 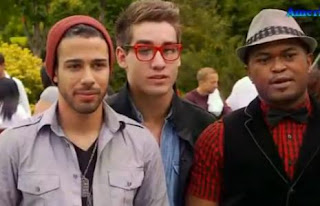 Did you watch The X Factor tonight? We loved Cheryl Cole and we loved these guys! By far our favorite audition of the night goes to a group of boys from Utah. The Anser did an amazing mash up of Rolling In The Deep and Til The World Ends.

Check out their audition video!