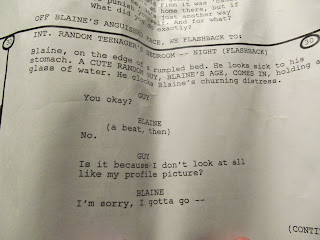 Uhoh Klaine fans. This doesn’t look too good. In this image of an upcoming Glee script, an “anguished” Blaine is revealed to be seriously regretting an incident with another guy. The fact he’s sitting on a rumpled bed after what I assume is a Facebook/Myspace/Grindr hook up, you can assume the rest for yourself.

Check out a larger version of the script after the cut. Is this the end of Klaine? 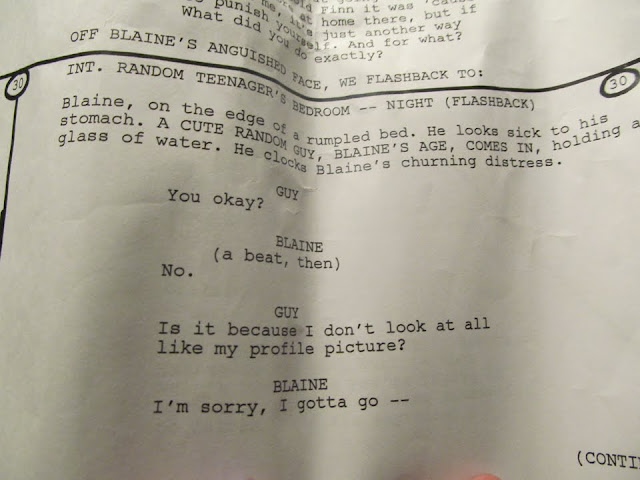 I love Tumblr sometimes. Here we have some major Glee spoilers that are sure to make the entire fandom freak out in multiple ways. This paper has leaked and in case you can’t see it, here are some of the gems we allegedly have to look forward to in the big break-up episode:

Wait. Hold on. WHAT? Finn shoots himself? Like for real? I refuse to believe this is serious. Or it’s supposed to be comedic and he accidentally shoots himself in the foot or something. And here I thought he’d last long in the army. Guess he won’t be getting a custom coin or any medals anytime soon.