Cassie Scerbo Returns to Syfy in Beast of the Bering Sea 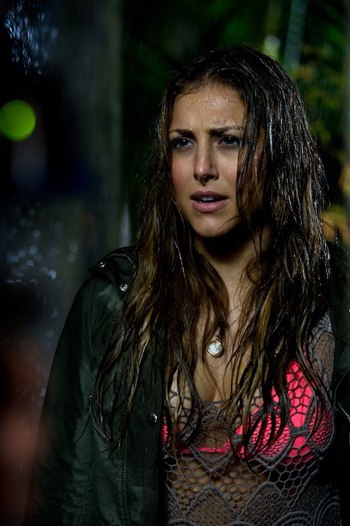 Cassie Scerbo is set to return to SyFy in the new SyFy Original Movie Beast of the Bering Sea. Many of our readers will recognize Cassie for her role in one of our favorite ABC Family original series Make It Or Break It. The film will also star Jonathan Lipnicki and the duo will be playing brother and sister.

Be sure to catch them both in Beast of the Bering Sea on November 9 at 9 p.m. (ET/PT) on SyFy.

END_OF_DOCUMENT_TOKEN_TO_BE_REPLACED

The SyFy network is expanding its list of acquired original programming with Bitten. A new original werewolf drama, the series will star Laura Vandervoort (Instant Star, Smallville) as the lone female werewolf.

Season 1 of Bitten, consisting of 13 one-hour episodes, will premiere on Syfy in 2014.

END_OF_DOCUMENT_TOKEN_TO_BE_REPLACED

31 Days of Halloween Scare-A-Thon on SyFy

The air is crisp, the leaves are falling, and Fall is officially upon us. Halloween is fast approaching and SyFy network has the perfect way to celebrate.

31 Days of Halloween will include the Syfy premieres of Psychosis (October 5) and Night of the Demons (October 10), an evening of Nicholas Cage flicks – Drive Angry and Ghost Rider (October 27) – as well as marathons of the series Being Human (October 18), Friday the 13th: The Series (October 11), Ghost Whisperer (October 10) and Forever Knight (October 4).

Check out the highlights:

END_OF_DOCUMENT_TOKEN_TO_BE_REPLACED

A new episode of Ghost Mine airs tomorrow night on SyFy. In the new episode the team investigates mysterious markings on the mine wall. Check out this sneak peek of tomorrow’s episode as well as a bonus scene featuring the cast’s superstitions.

Ghost Mine airs Wednesdays at 10/9c on SyFy.

END_OF_DOCUMENT_TOKEN_TO_BE_REPLACED

SyFy has announced two great additions to the cast of Defiance for season 2. William Atherton and Anna Hopkins will be joining the show in its second season. Currently under production, season 2 of Defiance is set to launch in June 2014.