Next week, Shawn and Gus are heading south of the border. Jeffrey Tambor guest stars when Shawn and Gus try to save Henry when he’s…kidnapped? He can’t catch a break.Also, Juliet and Shawn throw a housewarming party. Gotta love Lassie’s gift.

The episode airs tonight so be sure to check it out.

Check out these sneak peeks of the episode “No Country For Two Old Men” here…featuring the return of Shawn’s visions!: 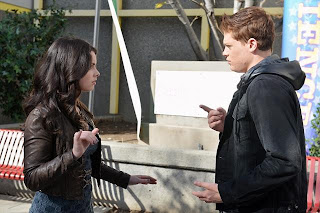 The Winter finale of Switched at Birth is already upon us! It feels like the season just started. After Monday’s groundbreaking all ASL episode, the students of Carlton went on a protest and took over the school. Will they be taken out by force? And now that Daphne knows about Regina, will she hit rock bottom before she decides to ask for help?

Check out the sneak peeks of the episode “Introducing The Miracle” here: