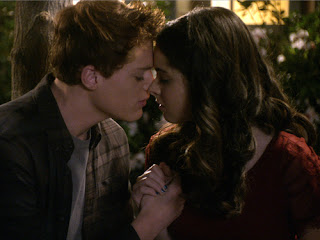 Uhoh! Is there trouble in paradise for everyone’s favorite couple on Switched at Birth? Bay is dealing with the disappearance of Angelo but will she lose Emmett too? Here are some sneak peeks of next week’s episode of Switched at Birth: Protect Me From What I Want.

I love that Emmett and Kathryn are getting to know each other. Bay needs to calm down and enjoy the fact her family is getting along with him so well.