Let me take you 300 years in the past on the Mississippi River where an abandoned boat floats ominously through the night. A few powdered wigs venture to explore only to find a set of coffins aboard. One of the brave souls dares to open one of the coffins and the corpse of Kol Mikaelson, youngest of the Original brothers, lies inside. But before any of the men could spare a second glance, a wisp of wind whispers by and Elijah Mikaelson, eldest Original, appears with a gracious introduction. He’s followed by Rebekah Mikaelson, a blonde beauty and the baby of the family, wiping her dainty fangs after having taken a bite out of one man’s life. Harmless and hospitable they may come across, their beast of a half-brother, Niklaus (informally known as Klaus) makes it evident what they truly are – vampires. The original vampires, created over a thousand years ago. And where are they, you might ask? The French Quarter of New Orleans, Louisiana.

END_OF_DOCUMENT_TOKEN_TO_BE_REPLACED 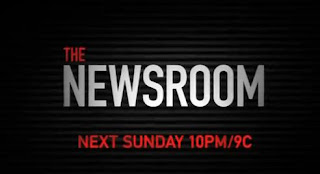 The long awaited and highly anticipated second season of The Newsroom finally has a return date. HBO announced that the hit series will return to the network this Summer. The second season is set to begin Sunday, July 14th at 10 p.m.

Of the premiere, HBO teases, “the staff of ‘News Night’ chases a mysterious tip, which leads to a story that ultimately spins out of control.”

I know this show gets a lot of hate but I really love it. I could do without the love triangle stuff though. That’s not why I’m watching.

The highly anticipated new series Devious Maids from Desperate Housewives creator Marc Cherry and executive producer Eva Longoria is finally getting a premiere date. The series is set to make its debut on The Lifetime Network on June 23rd at 10pm. The press release makes this show sound like one you will not want to miss. And did we mention how awesome the cast is? The series is set to star Ana Ortiz, Dania Ramirez, Roselyn Sanchez, Edy Ganem, Judy Reyes and Susan Lucci. The show will also star a few more of our favorites, including Drew Van Acker and Brett Cullen.

We can’t wait to see this one.

The ensemble all-star cast, Ana Ortiz (Ugly Betty), Dania Ramirez (Entourage), Roselyn Sanchez (Without a Trace), Edy Ganem (Livin’ Loud) and Judy Reyes (Scrubs), portray five maids with ambition and dreams of their own while working for the rich and famous in Beverly Hills.
In Devious Maids, murder and mayhem collide in the mansions of Beverly Hills’ wealthiest and most powerful families.  Class warfare has never been as fun and dirty as it is in the tony enclave where the staff is as clever, witty, outrageous and downright devilish as their employers.  Whoever holds the dirt holds the power, and before the season is over, illicit affairs will be revealed and deep dark secrets exposed as we learn the sordid details behind a shocking murder of a beloved housemaid.

The series centers on a close-knit group of maids who are bonded together by their jobs, life struggles and the melodramatic “upstairs-downstairs” universe that engulfs their employers.  Rosie (Ramirez), a widow who left her son back in Mexico when her husband died, works as the maid and nanny for a pair of self-absorbed and successful actors, Peri and Spence Westmore (Mariana Klaveno, True Blood, and Grant Show, Swing Town).  Aspiring singer Carmen (Sanchez), hopes that her pop star employer Alejandro (Matt Cedeno, Days of Our Lives) can help jump-start her career, but Odessa (Melinda Paige Hamilton, Mad Men), his very loyal housekeeper and her boss, will stop at nothing to stand in her way.  Zoila (Reyes) is the senior maid for Genevieve Delatour (Susan Lucci, All My Children), a co-dependent, emotionally unstable wealthy woman.  She works alongside her teen daughter Valentina (Ganem), who has a crush on Genevieve’s handsome son, Remi (Drew Van Acker, Pretty Little Liars).

‘Whose Line is it Anyway’ Premiere Date

OK, Whose Line fans. Time to start freaking out. We may no longer be able to view reruns of the original U.S. version of Whose Line is it Anyway on TV, but we can now look forward to the revival of one of the best comedy shows ever! The return of Whose Line is it Anyway is headed to The CW this summer! The new series will feature the return of veterans Colin Mochrie, Wayne Brady, and Ryan Stiles. Unfortunately, Drew Carey and his hilarious giggle will not be back this time around to host the show. Aisha Tyler will instead be taking the job.

Starting June 16 with an hour-long premiere, the series will continue to air Tuesdays at 8 p.m.

Are you excited for the return of this amazing show? 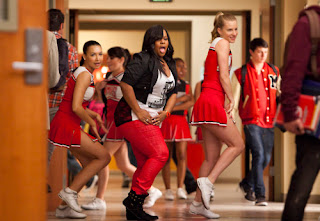 Can’t wait for your favorite shows to return this Fall? FOX just announced the premiere dates for their Fall 2012 schedule. Among the changes, fan favorite Glee will be moving to Thursday’s at 9pm following the premiere of The X Factor. That dispels any rumor the show wouldn’t be returning until next year. This move will test my DVR and give it a workout while simultaneously forcing me to choose between the musical drama and CBS fan favorite Person of Interest.

What do you think of the new schedule? Which shows will you be tuning in to?

Check out the list of premiere dates for the 2012 FOX Fall schedule here:
From TVLine: