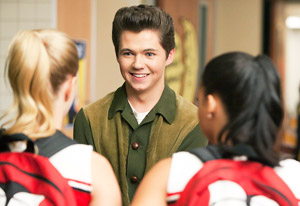 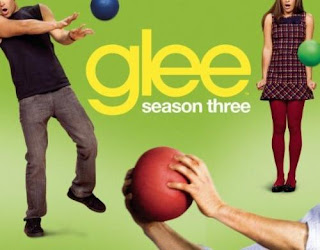 Glee extravaganza continues. Here you can listen to all of the songs from Glee’s all new episode: Pot O’ Gold. These song spoilers feature two solos from Damian Mcginty who will be making his debut as Rory and a long overdue solo from Mark Salling.

Listen to the songs here:

Take Care of Yourself 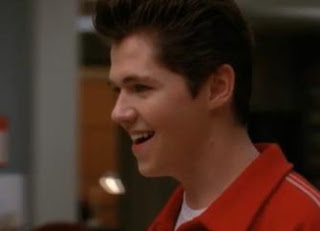 Here is yet another sneak peek for next week’s all new episode of Glee: Pot O’ Gold. In this one, we get to watch an entire scene of Finn and Rory meeting and discussing leprechauns, Obama, Brittany’s pot of gold, and a whole lot of marshmallows. His eyes are so huge in this. Looks like he’s starstruck. I just hope they do a better job of making his character likeable and not just an exchange student that wants Brittany’s lucky charms.

Lots of Glee spoilers are leaking today. You can watch the full performance of Last Friday Night here or click our Glee tag for a lot more.

Another Glimpse of Damian Mcginty as Rory on Glee Mullets, green 50’s sweater and a huge poof? This picture is fantastic. EW has another glimpse of Damian Mcginty as Rory on Glee. Doesn’t look like he’s receiving a warm welcome from the jocks. This episode will air when Glee returns in November. 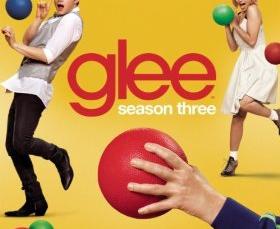 To help you survive Glee’s hiatus, you can listen to two songs from Pot O’ Gold here! So far, we’ve got Blaine singing Last Friday Night (appropriate because Darren was in the video for it) and Santana and Mercedes attempting singing Candyman. Looks like the spoilers were right! Make sure to give it a listen and let us know what you think below:

We’re loving these. I think I would have loved Candyman more if it was more of Naya and that weird higher harmony thing wasn’t going on in the background. What do you think?