END_OF_DOCUMENT_TOKEN_TO_BE_REPLACED

Melissa Joan Hart stars as Mel Burke in the hit ABC Family comedy series Melissa & Joey. Successful in television, theater, and film, Melissa also serves as executive producer alongside her co-star Joey Lawrence. With a list of credits too long to list, many viewers will know and love Melissa Joan Hart from her beloved roles in Sabrina The Teenage Witch, Nickelodeon’s Clarissa Explains It All, and Drive Me Crazy.

Melissa has also dabbled in directing, having directed episodes of Sabrina The Teenage Witch, Taina, and So Weird. Melissa is back behind the camera for the upcoming Halloween special of Melissa & Joey — which will also serve as a Sabrina The Teenage Witch reunion! Beth Broderick will be appearing in the episode “Witch Came First” airing Wednesday, October 22nd.

We had the amazing opportunity to chat with Melissa about directing the episode and what fans can expect from the reunion.

Check out our interview with Melissa Joan Hart below:

END_OF_DOCUMENT_TOKEN_TO_BE_REPLACED 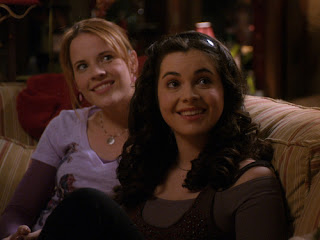