The Secret Life of the American Teenager may have ended but Megan Park’s career certainly hasn’t. Megan has just landed a recurring role on the ABC comedy The Neighbors. She’ll be playing the role of Jane and it sure sounds like she’ll be stirring things up. Season 2 will premiere on ABC on September 20th.

END_OF_DOCUMENT_TOKEN_TO_BE_REPLACED 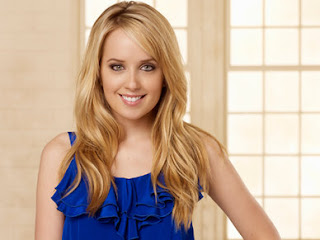 Great news for fans of ABC Family’s The Secret Life of the American Teenager! We got to chat with Megan Park, who stars in the hit original series as Grace Bowman. We talked about what fans can expect as the show begins the final season and what she’ll miss most about her time on the show. With The Secret Life ending, Megan reveals who she’d love to work with someday and what exciting projects she has coming up.

The last time we saw The Secret Life, Ricky and Amy were still planning their wedding and bringing John along for the ride as they broke into a toy shop on Christmas Eve, Kathy went into labor, and Jack woke up from his coma with Grace by his side.

Just look at this video promo for the new episode. It features a flash of the pilot episode of the show. Look how young they all looked! They were babies.

It’s amazing how much time has flown by. With the series coming to an end, Megan reflected that nothing could live up to that first day of shooting, meeting the cast and the crew, and beginning this journey together.

Many fans are wondering what will be next for Megan once the show ends. She revealed she does in fact have some projects coming up! After a guest appearance on an episode of The Newsroom last season, she will be starring in the upcoming movie The F Word. The film also stars Daniel Radcliffe, Zoe Kazan, and Adam Driver.

Speaking of Adam Driver, you’ll recognize him for his work on HBO’s Girls. It must be cool for Megan to be in the same movie as him because when asked who she would love to work with someday, she revealed she’s a huge fan of Lena Dunham! Maybe she’ll get to appear on an episode of Girls in the future.

The final season of The Secret Life returns tonight on ABC Family. Fans of the show are all wondering the same thing: How will it end? Will Ricky and Amy finally get married? What about Ben? Will Grace and Jack stay together? Megan reveals that the final episode didn’t end the way she thought it would end so there will be some surprises in store. Overall, I think fans will be happy with the final season.

Be sure to tune in to The Secret Life Mondays at 8pm ET on ABC Family.

I’d like to thank Megan for taking the time to answer some questions for us. We really appreciate it!

Be sure to tune in to the final season of The Secret Life of the American Teenager on ABC Family. The season premiere airs tonight March 18th!