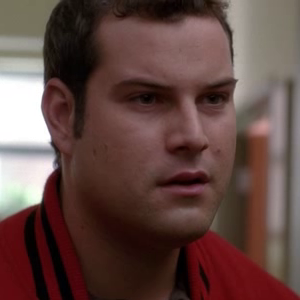 Dave Karofsky will be back on Glee! Fans of Max Adler’s character were worried when word got around that he hadn’t been back on set for the first four episodes of the new season but Max assures fans Dave will be back. And not only that, but his return will be shocking. Max says it’s not something anyone would guess. Hmm. Any guesses? Maybe he’s a Warbler!

Check out what Max has to say about his shocking return:

And apparently it’s going to be a return that will knock our McKinley High letterman jacket’s off. “I can’t tell you exactly when I come back, but it’s going to be a shocking moment,” Adler reveals to us. “It’s not in the first episode. But I’ll be back. And I will say it’s unexpected. It’s definitely a shocking scene. It shows what happened to Karofsky and what will happen to him.”

Already speculating? Don’t bother. “It’s definitely nothing that anybody is going to guess,” he promises.

And when he does come back, Adler has big plans for his bully character. “I would love for him to accept himself, because I really think that’s the message of Glee,” he says. “And I feel like if Karofsky can come around to where he was accepting himself and being OK with who he is for his family and his peers and his classmates, it’s just an amazing message to send out there. I would love a nice little happy ending for him. I think that’d be really meaningful.”

Do You Want Max Adler Back On Glee? 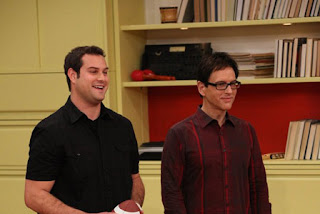 TvLine wants to know just how much of Max Adler we want to see on Glee this season. Now I could come up with a whole bunch of dirty replies about what I’d like to see but…anyway. The lack of Dave Karofsky news so far this season is alarming for fans of Max. Be sure to head on over to TVLine and vote in their poll. Let your voice be heard if you want to see Dave Karofsky back at Mckinley!

I vote he should be a Klaine BFF. His storyline should get the proper attention it deserves.

Who Went Home on The Glee Project Tenacity?

Who went home on The Glee Project? The kids are tested with their Tenacity by Max Adler.

The bottom three is Alex, Cameron and Marissa.

Marissa is eliminated. Do you think she is the shocker of the season? 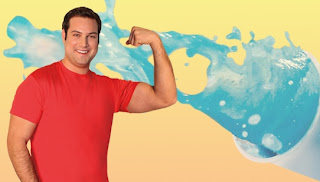 Glee star Max Adler appears in several MDA PSA’s. He’s helping to bring awareness to the disease by showing his support for the upcoming telethon and encouraging others to donate and help send a child affected by the disease to summer camp. It’s nice to see Max contribute to a cause he cares so much about.

For information on donating or contributing to send a child to summer camp, visit http://www.mda.org/.

The telethon airs September 4th from 6pm to midnight. 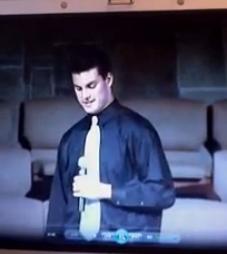 When I pressed play on this video, I sure was not expecting what I heard. Max Adler can SING. Max has been one of my favorites from this past season of Glee for multiple reasons and this video just makes me love him more. His voice is smooth and sweet and does my state proud. Okay Ryan Murphy. You know what to do.

Check out video of him singing New York, New York

Thank you so much for uploading this!