Well done, Mr. Kimmel. Jimmy Kimmel revealed last night on his late night show that he he succeeded in pranking the world with the now infamous “Worst Twerk Fail EVER” video. With the help of a professional stunt woman, they uploaded the video anonymously to YouTube and watched as it went viral with the help of numerous news organizations.

Jimmy then revealed the rest of the video proving he was in on it from the start.

Watch the video of their confession here:

END_OF_DOCUMENT_TOKEN_TO_BE_REPLACED

I Told My Kids I Ate All Their Halloween Candy I love Jimmy Kimmel. His latest audience challenge is just another reason why. Jimmy challenged parents of the world to tell their kids on the morning after Halloween that they ate all of their candy. He expected child rage but instead got a collage full of bratty tears and two kids at the end who will probably end up being famous for how cute they are. You have to watch this one.

“Well, good for you. Now you’re probably gonna have a belly ache.” 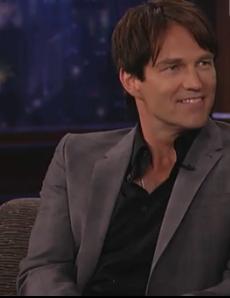 Stephen Moyer appeared on Jimmy Kimmel to promote True Blood and be adorable. Stephen talks about breaking his hand in a fight over Tennis, sex with his wife on True Blood, and imitates a 6 year old asking for his autograph. Stephen does not approve of your children watching the show so shield their innocent eyes. 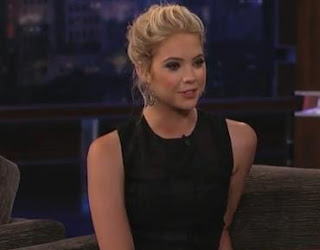 Ashley Benson appeared on Jimmy Kimmel to promote Pretty Little Liars. She talks about her obsession with the Lakers and her friend being a “Swagger coach” for Justin Bieber. She’s so cute!