Idina Menzel redeemed herself in a big way following an appearance on The Tonight Show with Jimmy Fallon. Some may say that her performance at this year’s Oscars (as Adele Dazeem) wasn’t up to par. Well, she proved them wrong with her pipes in this video.

END_OF_DOCUMENT_TOKEN_TO_BE_REPLACED

SNL is really gearing up for a fantastic December. The show plans to end the year on a high note with three fantastic hosts set to return to the stage. Saturday Night Live has grouped together three amazing SNL veterans to host the episodes airing next month. Did we mention the musical guests are just as cool?

You won’t want to miss these.

END_OF_DOCUMENT_TOKEN_TO_BE_REPLACED

Did any of you catch Harrison Ford on Late Night last night? He pierced Jimmy Fallon’s ear! Is the talented actor really qualified for this sort of procedure? Hope it doesn’t get infected! But it sure was hilarious to watch.

END_OF_DOCUMENT_TOKEN_TO_BE_REPLACED 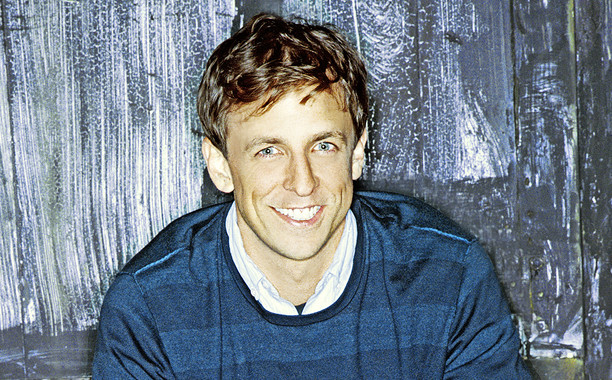 I am SO happy about this. I can’t stand Jay Leno and I love Jimmy Fallon. I think he’s a great host. He always seems to actually enjoy what he does and isn’t just collecting his paycheck while reading a cue card. When the rumors initially leaked, I was sad that Jimmy might be leaving New York City but it turns out that not only is Jimmy replacing Jay on The Tonight Show, NBC is building him a set in New York!

Yes indeed, the current host of NBC’s Late Night has reportedly received an offer to take over from Jay Leno as host of Tonight by no later than fall 2014 — and to move the show back to the east coast in the process, according to the New York Times.

The paper notes that “NBC has quietly begun work on a new studio in its headquarters building at 30 Rockefeller Plaza as the home for the new Tonight show.”

This changes nothing for me really other than I get to watch Jimmy a little earlier in my night.

The question is, who will take over Jimmy’s show? Howard Stern? Will Conan move back to primetime? What do you think?