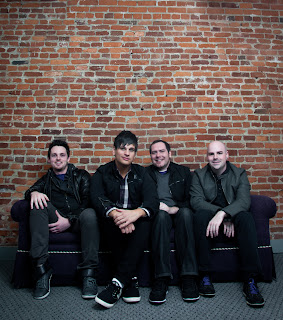 If you’re not familiar with Life After Liftoff, you should be. The band recently teamed up with Defeat The Label to help stop bullying in school. Along with Cody Simpson and Glee’s Lauren Potter, they hope to make a difference through music.

We had the chance to interview Life After Liftoff lead singer Lee Weiss about how the group came together and why they decided to throw their support behind such a great cause.

PopCityLife: For those of our readers who have never heard your music before, how would you describe your sound? What sets you apart from other bands in the music industry today?

Lee Weiss: Life After Liftoff is a combination of 90’s and early 2,000’s  (Blink 182/ New Found Glory) pop punk and 80’s arena rock such as (U2 and The Cure). Driving guitars and catchy hooks with synthesizer and keys and delay here and there. It’s really fun to combine the two worlds and make something that I just have not heard in a while.

When it’s broken down we are a punk rock band doing things our way. I love that we have three different homes, a very pop side, a very atmospheric side and then we have this punk foundation which has really not been exposed.. yet! 😉  I feel we are different from a lot of bands for many reasons but I think our message and ability to infuse our concepts with our musical influences is something not everyone can do. I also think being so open about our influences is something different, we are not scared to show where we come from and how we got here.

PCL: How did you guys form as a band and come up with the name “Life After Liftoff”?

Lee: The name actually came to me in a dream, I keep a note pad by my bed for lyrics and a few weeks after my old band ended the idea for Life After Liftoff was born.

PCL: What was it like playing Warped Tour and winning the Ernie Ball Battle of the Bands?

Lee: This was our second year being apart of the tour, last year (2011) we played in Cincinnati, Ohio and it was incredible, this year (2012) we played the Noblesville, Indiana and Cleveland, Ohio dates and it’s my favorite tour to be apart of and festival to play on! Ernie Ball is an incredible company and just so good to us! We really can’t wait until the 2013 Warped Tour! The tour just has the best vibes it just really is a punk rock summer camp and you can’t help but love every day on the tour, meeting new people watching incredible bands play and exposing new fans and listeners to your music!

PCL: We caught the Warped Tour when it came to Newark, NJ last week and there was definitely a lot of great talent involved. Who did you enjoy seeing perform? Did you get to meet any of the other acts?

Lee: We have a friendship with New Found Glory and got to catch up with those dudes for a minute, haven’t seen them in a few months! Got to catch up with my friend Jack from All Time Low, we go back to like 2007! And being able to watch Taking Back Sunday, The Used, Anti Flag, New Found Glory, All Time Low and Twin Atlantic was awesome! All great bands and great people.

PCL: What’s next for you guys? Do you have any other plans to tour?

Lee: We are determined to be the first band to do a music video in space (that is a long term goal) We are finishing up our full length album “Everything is You” which comes out late 2012/ Early 2013. Touring the rest of 2012 and being apart of the 2013 Warped Tour, keep an eye out for us 😉

PCL: You recently began working alongside Cody Simpson and Lauren Potter to help defeat bullying through music. How did you get teamed up with Defeat the Label?

Lee: We reached out to Defeat the Label and they came back to us really interested in what we were about. It was this really cool relationship, totally symbiotic, we both just grew from one another and were able to really come together for a greater good! That organization is truly made up of incredible people.

PCL: What inspired you to throw your support behind an anti-bullying campaign?

Lee: I am determined to change my world and then change it everywhere else, to do that we must change how we treat one another first. So from personal experience growing up I felt this was a perfect initiative for Life After Liftoff.

PCL: How would you describe the message behind Brand New Life?

Lee: Brand New Life is a three song ep which is designed to grab your attention from the get go and really take your ears and mind on a journey throughout its entirety. Each song has it’s own identity and yet seamlessly connect with one another.  The true meaning of the Brand New Life ep is about the rebirth of one’s self and how to rebuild yourself after a major hardship. I also believe it teaches how to love your self again, I like that about our music, we create rather then destroy.

PCL: What advice would you give to fans that may be struggling with this issue?

Lee: The way your world is now will not be the same in five years, keep your head up and keep your mind focused on greatness. Don’t let others bring you down and always remember to LOVE yourself!

We want to thank Lee for taking the time to answer some questions for us. Be sure to check out the band’s official music video for Brand New Life. If you haven’t already, you can follow the band on Twitter and Facebook. 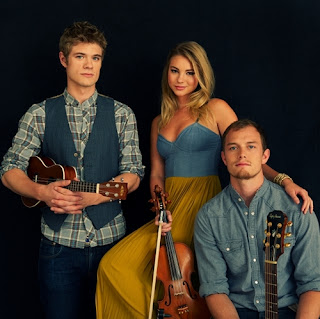 Have you heard The Good Mad? Well, you need to. The Good Mad are a refreshing twist on Folksy-Country music. They themselves describe their sound as “folk/americana to disco or indie or something.”  It’s hard to put them in a box but, some of the best music around can’t be defined. Fans may recognize the band from their recent appearances on ABC Family’s The Lying Game. Band member Allie Gonino can also be seen as a regular on the show. Their latest songs Stepping Stone, Follow Your Heart, and What Money Paid for aren’t to be missed. So check them out below! Let us know what you think.

Follow Your Heart
Stepping Stone
What Money Paid For

I personally love anytime the violin kicks in. It sounds so beautiful and controlled. 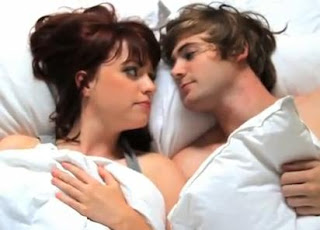 We’ve missed Alexz Johnson. I have always absolutely adored her voice and I’ve been a fan since I was about 12. That either makes me very old or very weird. In my opinion, she has one of the best female voices around and her music should be shared with everyone. It’s my pleasure to share her latest music video with you all. Skipping Stone is her latest single and one of her best. I’ve personally had it on a loop all day. It’s a beautiful, haunting ballad and I think you’ll really enjoy it. Right now, you can get a free download of the song over at her website.

Check out her music video: