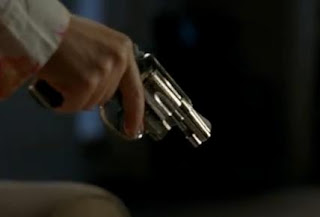 What are the vampires going to do if their only legal source of food is getting blown to bits? And what the heck is going on with Bill? I wish someone would just wrap him in silver chains already. Here are some great sneak peeks at Sunday’s new episode of True Blood: Gone Gone Gone.

The clips are relatively short but definitely worth it. Who is on the receiving end of this gun in Sookie’s hand? And you know you want to see Russell and Steve slow dancing to Teenage Dream. 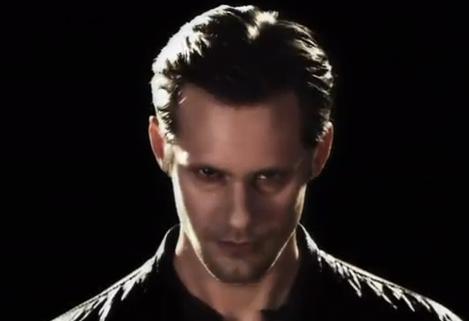 How crazy was True Blood last night? Bill has, in my opinion, officially lost his mind. What a traitor. The blood he’s been drinking is obviously drugged. He’s being such a wienie. I’m kind of ready for him to be killed off but that will never happen.

This preview however raises so many questions for me. I won’t say them until after the cut so you guys won’t be spoiled. But, you need to watch it. The final episodes of the season look even crazier.