Double Dare to Return with Marc Summers at Comic-Con

Thinking of heading on over to San Diego Comic-Con this year? Well, if you were a fan of Nickelodeon in the ’90s, this sounds like the perfect year for you. An All That reunion featured at last year’s New York convention was an epic, can’t-miss event. This year, San Diego Comic-Con is joining forces with original host Marc Summers to bring Double Dare back! The hit game show – and the sloppiest, slimiest, whipped-creamiest way to spend an afternoon as a kid – is returning for one night only.

END_OF_DOCUMENT_TOKEN_TO_BE_REPLACED

If you tuned in to the 90’s Are All That last Friday on TeenNick, you saw that Stick Stickly returned with a whole new slew of 90’s Nickelodeon. Voters chose to see Legends of the Hidden Temple, Rugrats, The Angry Beavers, and Salute Your Shorts. It was amazing. Even more amazing is the selection of shows available for fans to vote on THIS week. Things like Wild and Crazy Kids, Double Dare, Allen Strange and Space Cases. I want to see them all! So don’t forget to cast your vote and tune in to the 90’s Are All That on Teen Nick every Friday at 10pm.

I’m voting for Wild and Crazy Kids and Double Dare! 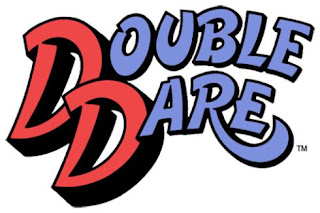 Doesn’t this just make you feel old? Today marks the 25th anniversary of the show that launched Nickelodeon into superstardom for kids. The show that made it a goal in life to be slimed, stick your hands up a huge nose, take a ride down the Sundae Slide, and take the Physical Challenge. We wish Double Dare a very happy 25th anniversary. One of my favorite shows ever and I (hope) can’t wait for TeenNick to add it to their schedule already. Bring on the anniversary tour Nickelodeon! I never got slimed as a child :(.

Celebrate by watching one of our favorite Double Dare moments where Marc loses his cool: 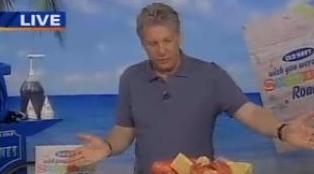 Remember Marc Summers? AKA the Hero of 90’s kids everywhere? Marc is known as the host of iconic shows such as Double Dare, What Would You Do, and more recently Food Network’s Unwrapped.

Marc recently showed up to talk foods we love on Memorial Day. Check out the video!

I love Marc Summers. It’s always a pleasant surprise when he turns up on my tv. One day I will run into him either on the streets of New York or Philadelphia and have him sign my copy of his book. Or convince him to hit us in the face with a pie. One or the other.