Oh no! We hate reading about the pain Phillip Phillips has been in during his run on American Idol. According to TMZ, his problems may have gotten worse as his doctor has urged him to undergo surgery as soon as the show is over. The recovery time would have his missing tour rehearsals and possibly some shows. I can see him missing some rehearsals but hopefully he’s feeling better by the time the tour kicks off this Summer.

Phillip Phillips — one of the finalists on “American Idol” — has been URGED by his personal doctor to get surgery immediately … but Phillip wants to work through the pain and the risk so he can win next week.

Multiple “Idol” sources tell us … when Phillip went back home to Georgia last Saturday … his family doctor spent almost the entire stay by his side and was alarmed by what he saw — Phillip wasn’t eating and looked horrible.

Phillip suffers from severe kidney problems and at the beginning of the competition it got so bad he had a stent put in as a temporary fix until he could have surgery. But the condition has worsened and Phillip’s doc told him he needed surgery now. Phillip said he was not going to drop out of the show so the doctor told him he ABSOLUTELY had to go under the knife immediately after the finale.

We’re told the recovery time for the surgery is at least 6 weeks.

Phillip’s condition is taking its toll — we’re told the medication causes dry mouth, and it’s had some impact on his singing.

Phillip has also missed some of the field productions that are shot for the show — including the Ford commercials. Our “Idol” sources tell us they felt that making him go on location for these shoots were just too taxing. 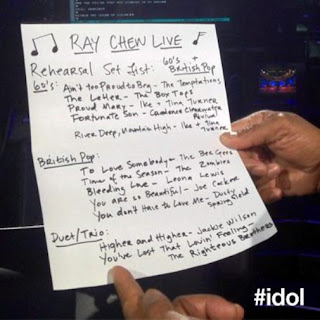 American Idol Season 11’s Top 5 will be tackling songs from the 60’s tonight. And not only that, they each get a second song from a genre of British Pop. The song spoilers are out and it looks like we’ve got quite a selection. Contestants will also be performing in a duet and a trio. Hmm. Out of all of these songs, who would you like to see sing them? 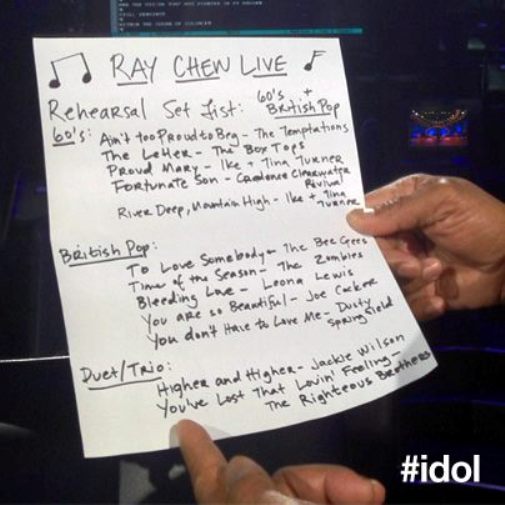 British Pop:
To Love Somebody – The Bee Gees
Time of the Season – The Zombies
Bleeding Love – Leona Lewis
You Are So Beautiful – Joe Cocker
You Don’t Have To Love Me – Dusty Springfield

Who are your picks for these songs? Off the top of my head, I can see Jessica Sanchez performing Leona Lewis and Phillip Phillips singing You Are So Beautiful. He’s the heartthrob this season after all.

I’m excited for these songs. I love me some oldies! The themes so far haven’t given contestants a chance to explore much of them. Even if you’re a youngin’ you can still appreciate good music. They’re Oldies but Goodies after all!

Leave your picks for tonight in the comments!

Phillip Phillips – U Got It Bad – Performance Video 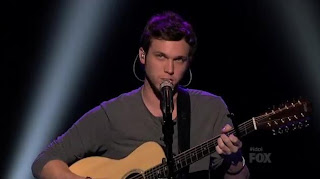 We just had to post this one! Last night, American Idol contestants performed two songs during a Now and Then themed Top 7. Our favorite performance of the night is definitely Phillip Phillips re-imagining himself some Usher. He took on U Got It Bad and Jennifer Lopez was right. It wasn’t just fantastic. It was sexy!

This week on American Idol will have something for everyone. Contestants will be performing two songs each. The theme will be “Now and Then” with a newer song and an older song.
Via TVLine:

TVLine has learned exclusively that Wednesday night’s theme will be “Now & Then” — with each contestant tackling two songs: A Billboard No. 1 hit from 2000 to 2012, and a “soul” song from a previous decade.

What would you like to hear the contestant’s sing? We’re rooting for a major comeback from Phillip! 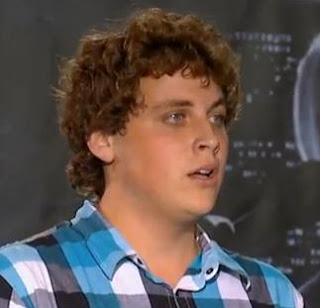 Last night FOX aired a special of the San Diego auditions of American Idol Season 11. Our favorite by far of the night has got to be Kyle Crews. He walked in a frat guy and blew us and the judges away. We were just not expecting that fantastic voice. Definitely one of the best we’ve heard in awhile. The look on his face when the judges tell him he’s the best male voice they’ve heard so far says it all.

Check out video of Kyle auditioning with Angel of Mine: