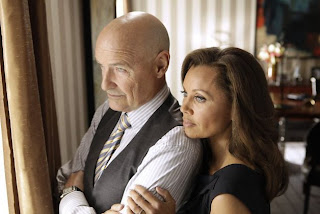 Another highly anticipated new drama of the 2012 Fall season is 666 Park Avenue. With a star studded cast including Vanessa Williams (Ugly Betty), the fantastic Terry O’Quinn (Lost, Hawaii Five-0), and Eric Palladino (Make It Or Break It). The drama has been compared to True Blood and American Horror Story and will certainly frighten any competition on premiere night. An apartment building being controlled by the evil supernatural? And just in time for October? Sign us up. With a cast like this, we can’t wait to see how the show delivers. Will you be tuning in?

666 Park Avenue joins ABC’s killer Sunday night lineup. It premiers alongside Once Upon A Time and Revenge Sunday, September 30th.