Before Carrie Bradshaw was in love with Mr. Big and strutting around New York City in her latest pair of Manolo Blahniks, she was just another girl growing up in the 80s. Struggling with life, high school, romance and fashion, Carrie Bradshaw must have had quite the tales to tell. The CW brings you The Carrie Diaries starring AnnaSophia Robb as a young Carrie Bradshaw at 16 years old. The show takes place in 1984 as Carrie struggles growing up with her widowed father and her rebellious younger sister. Having just landed an internship in Manhattan, Carrie juggles her new life in the city.

The series also stars Austin Butler as Carrie’s love interest. PCL readers will recognize him from his work on ABC Family’s Switched at Birth. The series is based on the novels The Carrie Diaries and Summer and the City by Candance Bushnell so die-hard fans of Sex and the City may not love the inconsistencies and differences from the original show starring Sarah Jessica Parker.

I personally thought AnnaSophia Robb really shined in this role. She blew me away with her acting and I definitely felt and saw a connection between her and the original Carrie. She’s come a long way since her time at Willy Wonka’s chocolate factory.

If you take the show for what it is and don’t analyze or compare it to the original hit from HBO, I think you guys will love it. I think if The CW is looking for a new hit to add to their lineup of struggling shows, this fits the bill quite nicely.

The Carrie Diaries airs on The CW Mondays at 8pm Eastern. 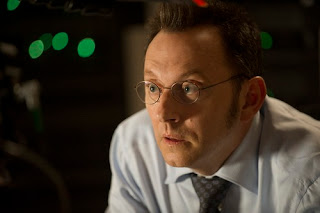 Only one more day to go before the much anticipated season 2 premiere of Person of Interest. We got to view the first episode at the exclusive screening with the cast in New York City this week and we can’t wait for you guys to see it. It is absolutely fantastic. The first season was great but this episode was like a breath of fresh air. It was amazing. Perhaps we were just going through withdrawal but we really loved it. And we know you will too!

In case you missed it, watch a sneak peek and the first minute of the premiere, The Contingency, here: 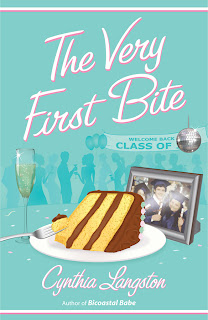 “The fun of looking backward. The fear of looking forward. And the frantic, dreaded horror of looking down at the scale.” The Very First Bite by Cynthia Langston follows Lanie Albers, who makes a promise to herself to get into better physical and emotional shape before her dreaded high school reunion. What follows can only be described as a funny and touching journey that any woman can relate to.

I’ll just get right down to it. I really loved this book. Even more than Cynthia Langston’s first, Bicoastal Babe. I could really relate to the main character and everything she was going through. So much so that it really tugged at my heartstrings while reading it.

If you’ve ever had a friendship end and wonder how and why it went wrong, and if you were the only one who was still holding on to the memories, you’ll love this book. In the forefront, we have Lanie’s struggle to lose weight before her high school reunion before she reunites with her first love and former friends, and a curious backstory that leaves the reader wondering.

One of the things I loved about this book is that it was almost a mystery. The questions surrounding what was going on with Lanie’s friend Candace kept me glued to the pages. I couldn’t wait for them to finally meet again. I’m also proud to say that I called a few revelations early on.

I also enjoyed how the book focused on all the different trendy and fad diets that so many women try nowadays with some of them being unsafe and not worth the money. I myself had wondered about some of them and it could really help anyone who was contemplating trying them out. It definitely helps shed some light and inspiration for anyone struggling with the scale.

All in all, the book was a wonderful read. I highly recommend it to anyone. I think everyone would be able to find something to relate to through Lanie’s journey through her insecurity. I related so much to the main character that I was able to see myself in the pages. 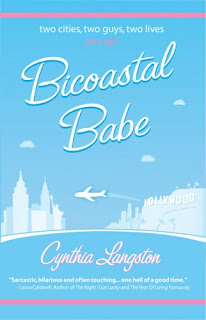 Bicoastal Babe by Cynthia Langston has been picked up as a series for The CW! Katherine Heigl read the book and loved it so much, she partnered up with the network to create the new series Trending.

I wasn’t sure what to expect when I received my copy. I worried it would be hard to get through and boring. I couldn’t have been more wrong. I finished the entire book in two days and just couldn’t put it down. I actually got mad at myself for finishing it before I went to the beach.

Bicoastal Babe focuses on Lindsey Miller, a down on her luck girl struggling with relationships, her career, and just life in general. The lead character’s struggle is something so many of us can relate to.

The stars align for the twenty-something as she lands a dream job that has her jet-setting between New York and L.A. She’s in charge of tracking what’s trendy before it becomes the next big thing. Everything from fashion, makeup, music, movies, and pop culture. Kind of like what PopCityLife focuses on. A little bit of everything!

While struggling at first to find her stride in her new job, she’s thrown for a loop when she falls for not one, but two guys in each city. .

The ending actually didn’t feel complete to me and almost seemed like a sequel could be a possibility. If Trending is a hit, a part 2 of Lindsey Miller’s life would be a welcome surprise.

It was extremely entertaining and I found myself spending hours at a time totally immersed in it. The book was a fun, witty, and energetic breath of fresh air and a real page turner. I really enjoyed it and I think you guys will too.

Cynthia Langston just released another book as well called The Very First Bite. Be sure to check that out!