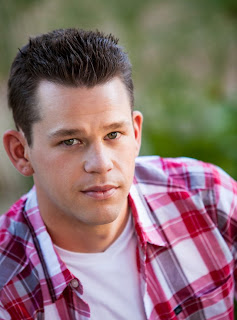 Many of our readers will recognize Ryan Lane for his recent appearances as Travis on ABC Family’s hit drama Switched at Birth. After overcoming obstacles like being diagnosed with congenital nerve deafness and serious injuries following a dirt bike accident, Ryan is an inspiration. We recently got the chance to chat with Ryan about his role on Switched at Birth and what’s coming up for his character this season.

PopCityLife: I just want to first congratulate you on the success of Switched at Birth. It’s a fantastic show! How did you react to scoring a role on the series? Did you watch the show in the first season?

Ryan Lane: Of course I was super excited, and yes, I had watched the show the first season. Actually, I was asked to audition for the role of Emmett, but obviously didn’t get it. I was told that they liked me so much that if the series was picked up, they would write a role for me, and a year later, Travis was born!

PCL: What we love about the show is that it simultaneously raises awareness for the deaf community while also delivering story-lines everyone can relate to. How does it feel to be apart of such a groundbreaking show?

Ryan: It’s amazing! I can’t believe how lucky I am to be a part of it. Hopefully this will open the door for other networks to create stories with deaf characters. We have so much to offer.

PCL: It’s one of ABC Family’s best series. How has the fan support been since joining the show?

Ryan: The fans again, are Amazing! Obviously without them and their support, the show wouldn’t be doing so well. I love to read their Tweets and comments on Facebook. They’re so passionate!

PCL: Travis’ storyline with his family was a heartbreaking one for me. I’ve heard from a few fans that it inspired them in their own lives. Were you eager to shed some light on the topic?

Ryan: Absolutely! I come from a hearing family and only a few sign, so I really relate to Travis. Of course my family isn’t as bad as he has it, but the story line has opened their eyes, and now more are learning ASL and are more aware of my situation at family gatherings. I have also heard from other friends who have had the same experience, so I can imagine that it has had a great impact on a lot of deaf people, and that makes me really happy.

PCL: We recently chatted with D.W. Moffett as well. Lately, his character has gotten closer with Travis. Would you say he’s stepping in as a sort of father figure?

Ryan: Yes, definitely. I think that at this point in the show, both John and Travis need each other. John’s family is distancing themselves from him, and Travis really needs someone, so I think it’s a great match.

PCL: Will that relationship, or Travis’ job, be jeopardized now that Bay has asked him to help her steal money from her father?

Ryan: Well, that’s definitely possible, but you’ll have to watch and see what happens. The show has some twists and turns up its sleeve.

PCL: We know fans would love to see Travis with a love interest on the show. Will Travis be lucky in love later on in the season? Is there any hope for Travis and Daphne?

Ryan: I think there’s always that possibility, but I’m not the writer and they don’t tell me much until I read the script. It would be nice to see a deaf on deaf relationship since they haven’t done that yet. If it happened, would they be Traphne or Davis??

Ryan: I can’t tell you how much fun it is working with this cast AND crew – everyone is amazing! They really are all so awesome and supportive of each other. Again, I feel so lucky to be a part of it. They feel like a family to me and I can’t wait to get back on set.

PCL: If you could work alongside anyone, who would you choose?

Ryan: Matt Damon. I’ve been told hundreds of time that I look like him. Maybe I could play his deaf brother in one of the Bourne movies?? A deaf spy…since we’re so visual I would see things he doesn’t… just a thought.

PCL: Where would you like to see Travis’ story-line go?

Ryan: I would like to see John and Travis’ relationship grow. Maybe Travis could have some great baseball skills that John notices, so he takes him under his wing and turns him into the next Dummy Hoy.

We want to thank Ryan for taking the time to chat with us. We really appreciate it! We can’t wait to see what’s next for his character on Switched at Birth.

Be sure to tune in to Switched at Birth airing Mondays on ABC Family!